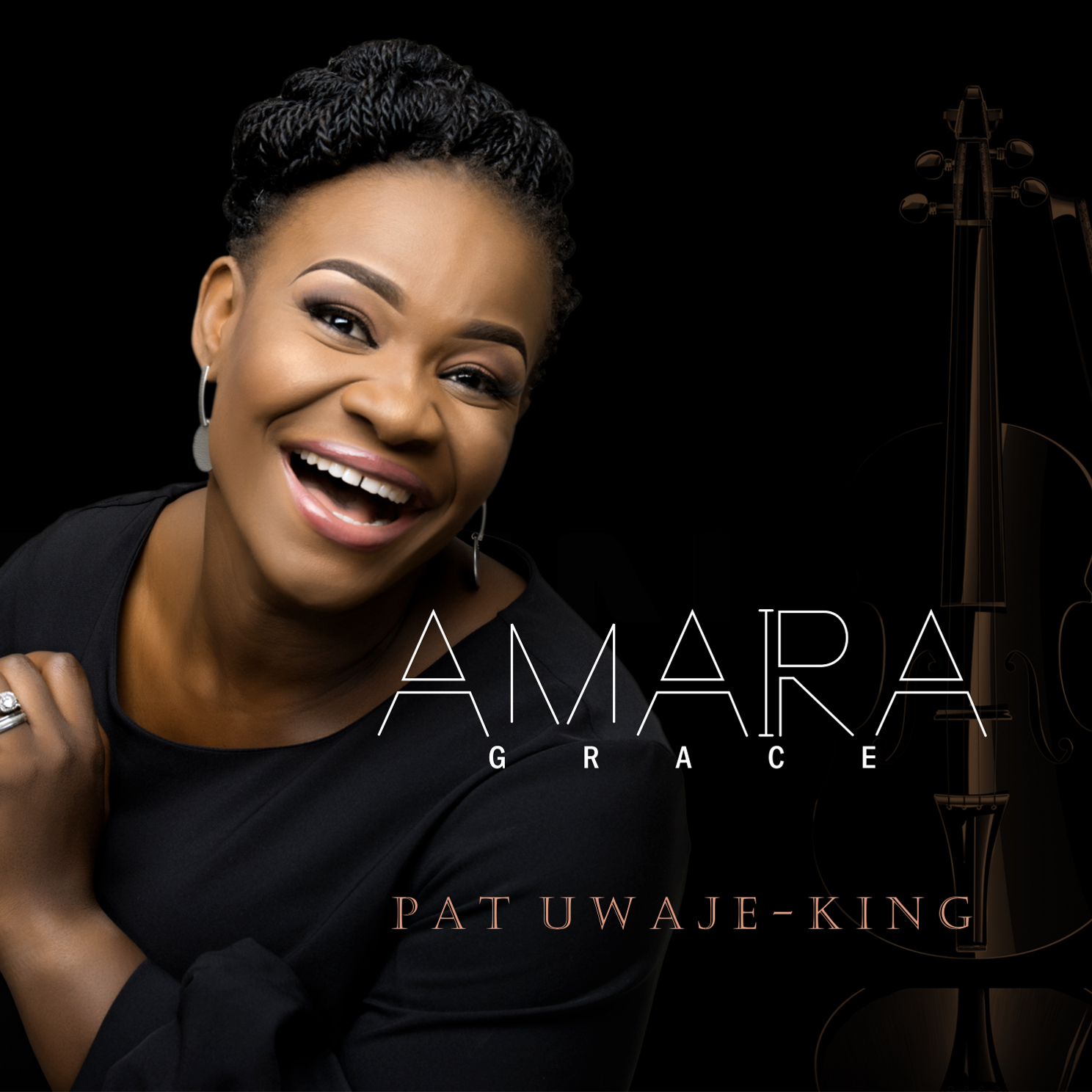 What the Lord has done for me
I cannot tell it all
My God is good o
My God is good oChorus Eze uwa nile
(King of all the Earth)
Ka Chineke anyi bu
(That’s who Our God is!)
Verse 2
Angels bow before you
Oba gbogbo aye!
(King of all the Earth)
Oh! Oh!
King of all the earth
Oba gbogbo aye!
(King of all the Earth)
Eze uwa nile
(King of all the Earth)
Ka Chineke anyi bu
(That’s who Our God is!)Chorus Eze uwa nile
(King of all the Earth)
Ka Chineke anyi bu o
(That’s who Our God is!)
Chorus
ABOUT PAT UWAJE-KING
Pat Uwaje-King (also known as Mama Africa) is a Nigerian Gospel music singer and songwriter. Better known for her solo album He’s Done Me Well.
Pat Uwaje-King started her singing career at Christ Winners Church, Lagos, at the age of 13. She is her parents’ first daughter and the fourth of seven children. Her professional career began in 1999 when she did a series of jingles and commercials for African Independent Television (AIT) Nigeria. She went to Yaba College of Technology (YABATECH) where she was the music director of the school’s mass choir – Original Love Choir (OLC). Midnight Crew, the multi-award winning gospel music quartet was formed out of OLC on the 8th of November 2001, whilst Patricia was studying at (YABATECH).
Pat Uwaje King is a Creative Arts graduate of the University of Lagos, Nigeria. She is a music consultant and leader of Midnight Crew, a gospel music group, popularly known for their hit track, “IGWE”
Pat Uwaje-King graduated from the University of Lagos in 2009 with a Bachelor of Arts degree, majoring in Theatre Arts. She also possesses a diploma in Secretariat Administration from Yaba College of Technology, which she obtained in 2001. She had her Primary, and began her Secondary education in Ibadan, Oyo state where she was born, although, she later moved to Lagos, where she completed her Secondary education before proceeding to the University.
She completed her secondary school in Lagos and went on to study Creative Arts in the University of Lagos.
In November 2013, Midnight Crew announced the next phase of their movement, permitting individual group members to embark on solo projects while leveraging on the platform already created by the Midnight Crew Music & Ministries. This saw Pat Uwaje-King and other members of the group releasing their potentials by embarking on various projects including solo album & single releases, mentorship and tutorial programs for choirs and potential music ministers, amongst others. Pat has since released 3 singles, which includes “EZE”, HE’S DONE ME WELL” and “ALL POWER”. She also released videos for Eze and He’s Done Me Well. Shortly after the release of the 3rd single, “All Power”, Pat Uwaje-King announced the release of her debut solo album which was subsequently released on the 3rd of June, 2015.
CONNECT WITH PAT UWAJE-KING
Twitter | Instagram | Facebook: @PatUwajeKing