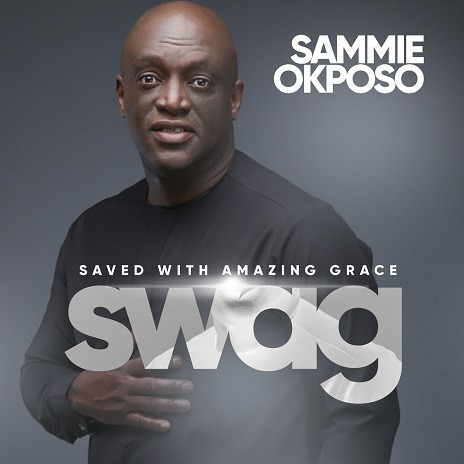 Still revelling from the album launch concert and DVD recording which held at David’s Christian Center, Amuwo Odofin, Lagos, Nigeria, but not resting on his oars, Sammie Okposo has announced the release of the Saved With Amazing Grace  album on all online stores.
The album has already garnered 41,000 streams on BoomPlay Music since it’s release on the platform few days ago.
The star studded event featured many of Nigeria’s finest gospel music ministers such as Frank Edwards, Joe Praize, Mike Abdul, Efe Nathan, Nosa, Nikki Laoye, Enkay and lots more. Ccioma and Forever co-hosted the well-attended event.
People from all around the Amuwo Odofin/FESTAC area and beyond stormed the venue for a time of refreshing and worship.
The ‘Saved with Amazing Grace’ album is distributed in Nigeria by Johnwealth Music.
Contact @johnwealthmusic on all social media platforms.
Call +2348062682523.
Email: johnwealthglobal@gmail.com
Go get your own SWAG Album now.
Click here to buy it on BoomPlayMusic | Amazon Music
Grace is the new Swag…
CONNECT WITH SAMMIE OKPOSO
Twitter | Facebook | Instagram: @SammieOkposo Music: Nikki Laoye Releases 'Victory Belongs To Jesus' (Acoustic Cover) In Celebration Of Her 11 Years In The Music Industry [@NikkiLaoye]