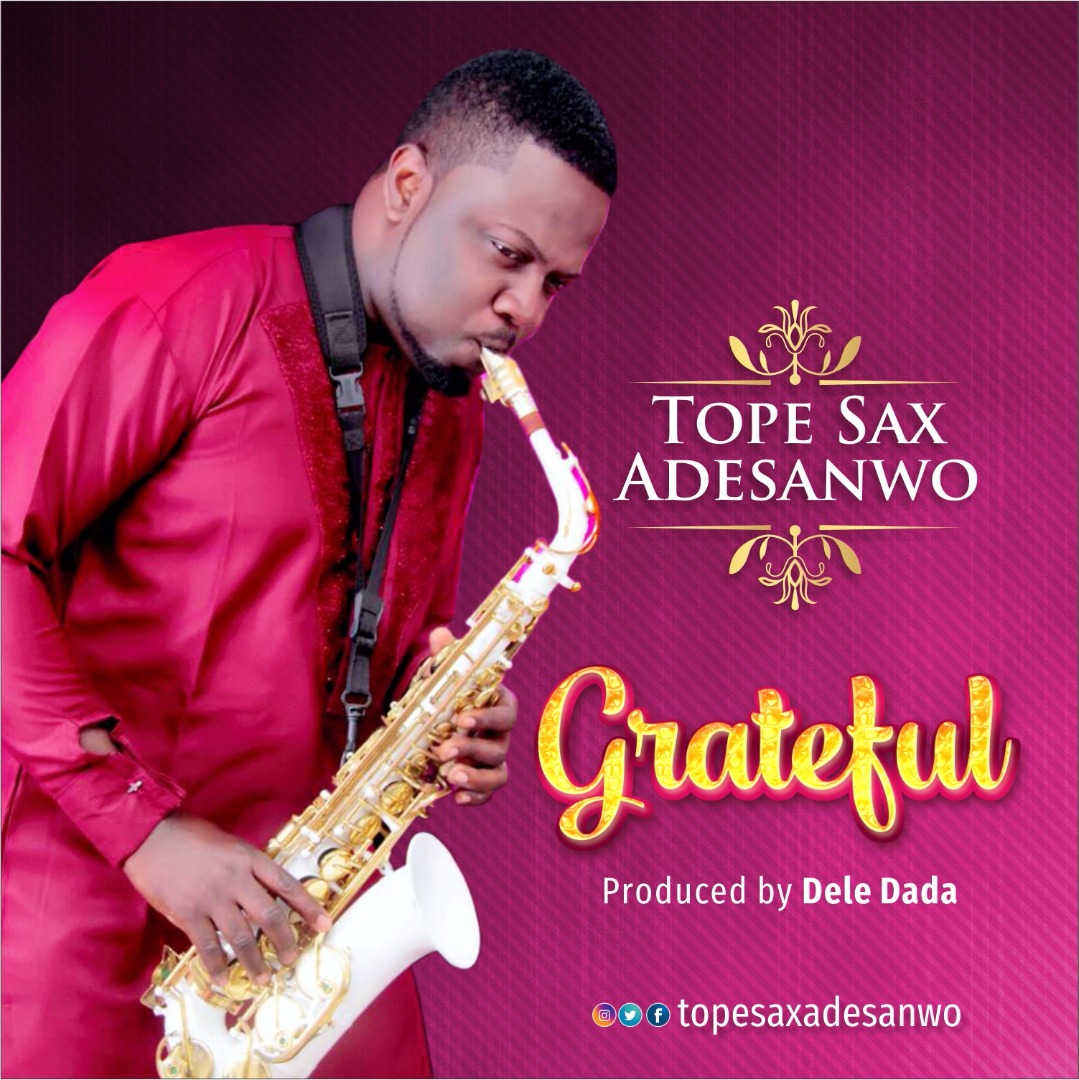 Phenomenal saxophonist, Tope Sax Adesanwo (aka Sax mp3) is a music director, producer and a multi-instrumentalist but majors in saxophone.
He has released a spanking new single titled Grateful.
Speaking on the new single, he says, “This song is my appreciation to God for what he has done in my life. He has been faithful.”
Grateful was proded by Dele Dada.
DOWNLOAD “GRATEFUL”

ABOUT TEMITOPE SAX ADESANWO
Tope Sax Adesanwo released his first album in 2005 titled Back to the Hymns.
He has worked with so many bands and artistes in Nigeria including Patty Band, Sharp Band, Shegele Band, Change Band, Gospel according to Jazz and Da exceptional band. He owns Thorpeedoh Band Entertainment.
He started his music career from Boys and Girls Brigade at St, Paul’s Anglican Church, Somolu. He was 4 years old when he started playing Tambourine. From Brigade, he joined the choir at the age of 9 and after 4 years became the bandmaster for the choir for awhile because then he could play keyboard, bass guitar and drums.
Later on, he learnt how to play trumpet after which he picked up the saxophone in 2002 at RCCG Elim sanctuary. Same year, he moved to Victorious Army Ministry and then to Foursquare District head quarters, Festac town and now serves under the RCCG Overcomers Assembly till date.
He has played with Sharp Band, Party Band, Shegele band, etc. and has played event like Citibank end of the year party, Union Bank party, Ford Foundation event, Heroes Award (Indomie) MTN Family Game show, Central bank party etc.
CONNECT WITH TOPE SAX ADESANWO
Twitter | Instagram | Facebook: @TopeSaxAdesanwo Music: All You Do Is To Love ~ Peace Patrick [@PeacePatrick01 @GospelHitsNaija]