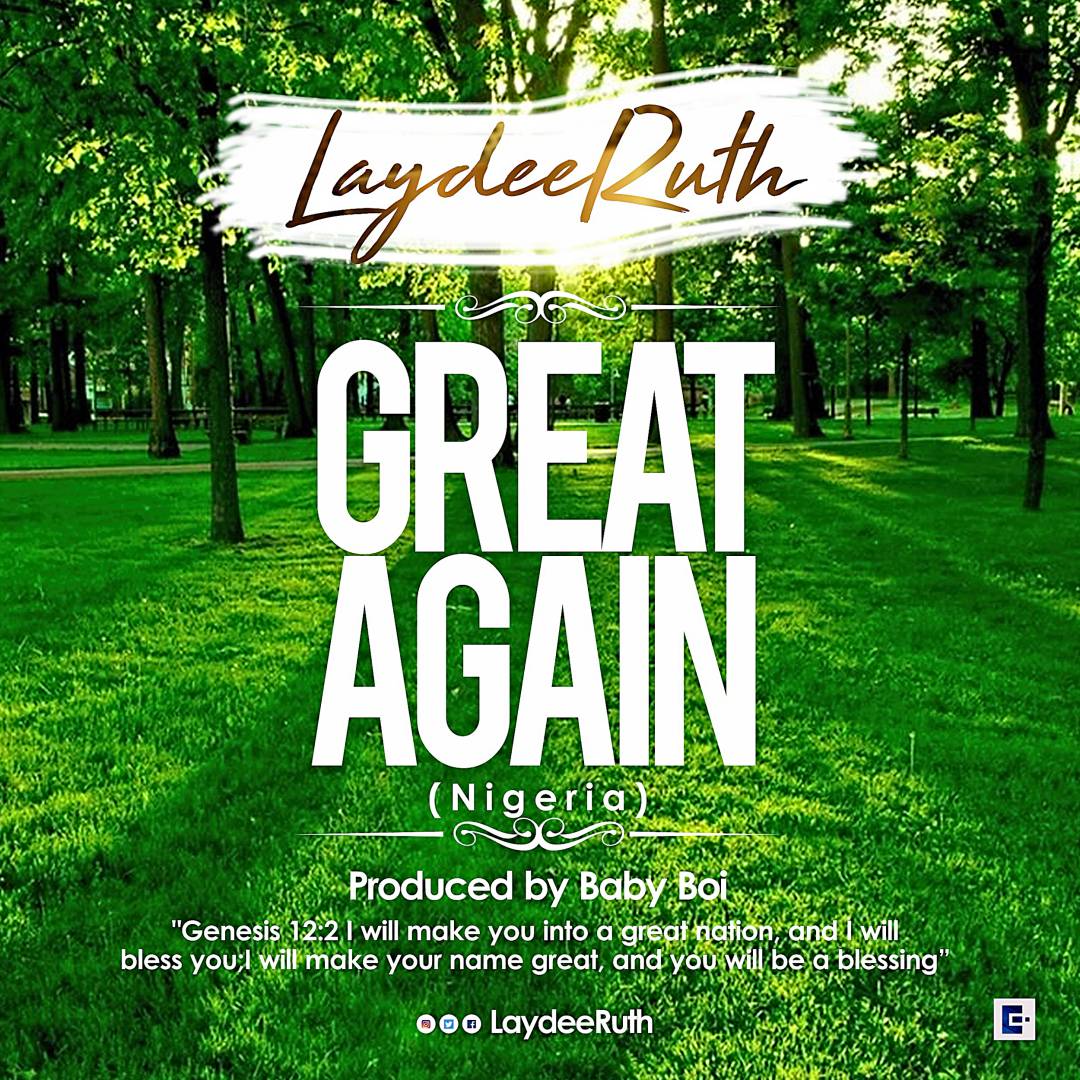 International music minister, Laydee Ruth expresses her love for her country, Nigeria with the release of the inspiring, hopeful and patriotic song “Great Again (Nigeria)” , a song she carefully penned and dedicated to her beloved nation to commemorate Nigeria’s 57th Independence Anniversary.
“Great Again (Nigeria)” was produced by music virtuoso, Baby Boi.
DOWNLOAD “GREAT AGAIN (NIGERIA)”
ABOUT LAYDEE RUTH
Laydee Ruth is a Nigerian born American based, international praise and worship leader. Her first single “Son Of The Living God” which was released early this year 2017, earned her respect among the gospel music community, and her second and third singles “How Great is our God” and “You Deserve It All” produced by the prominent producer Niyi-P is touching and blessing lives.
She is an anointed speaker, singer, songwriter, keyboardist, worshipper and a high praiser, who has been called to usher the body of Christ into the presence of God and to bring down God’s presence into the body of Christ.
“Great Again (Nigeria)” is her 4th single this year.
CONNECT WITH LAYDEE RUTH ON SOCIAL MEDIA
Twitter | Facebook | Instagram: @LaydeeRuth