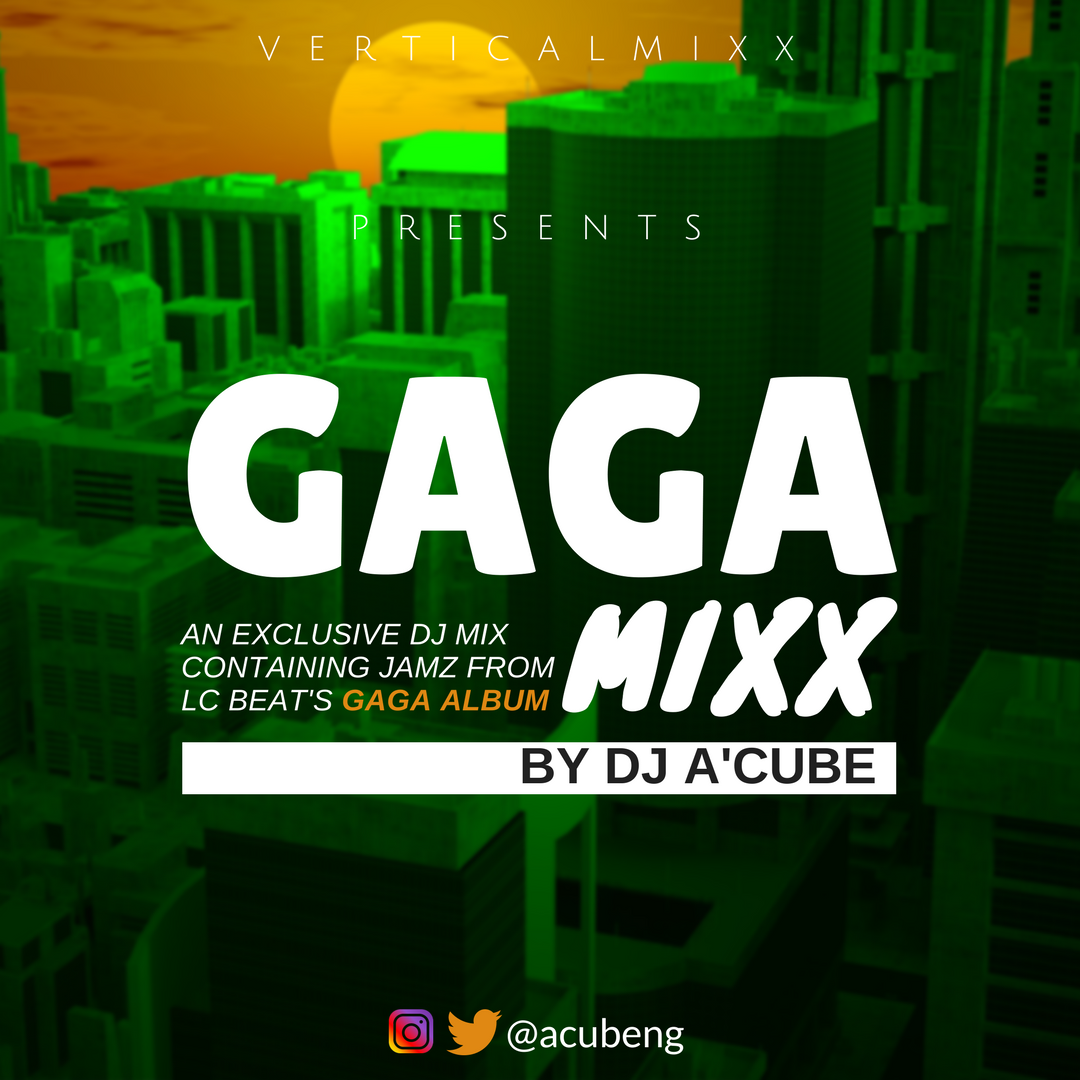 Premium DJ A’Cube has again raised the bar of urban gospel mixtapes with the release of The GAGA MIXX. This is an exclusive 25 minute DJ Mix with a creative collection of jamz from LC Beatz’ GAGA Album and a number of other songs featuring the Nigerian music sensation.
The GAGA Mixx stems from his SWITCHMIXX series which pushes traffic and attention to Urban Nigerian gospel songs.
“After four volumes featuring various artistes, we were led to spotlight on LC Beatz, one of the greatest sounds and voices in this generation by doing a mix featuring his songs and some of which he was featured in”, according to the entertainment entrepreneur.
You will recall that DJ A’Cube in April 2017 hosted a #SWITCHGAGAPARTY gig that played host to the fast rising indigenous rap artiste, which centered on the GAGA album
The GAGA mixtape comes from the stables of VerticalMix Productions, containing some of the best Nigerian urban gospel jams of the moment.
A’Cube hints on what is to come with the SWITCH project, “This spotlight feature is one of the directions in which God is taking the project. Watch out for more Spotlight mixes and events.
Ready for a groovy time? Hit the download button, and share with your friends.
DOWNLOAD