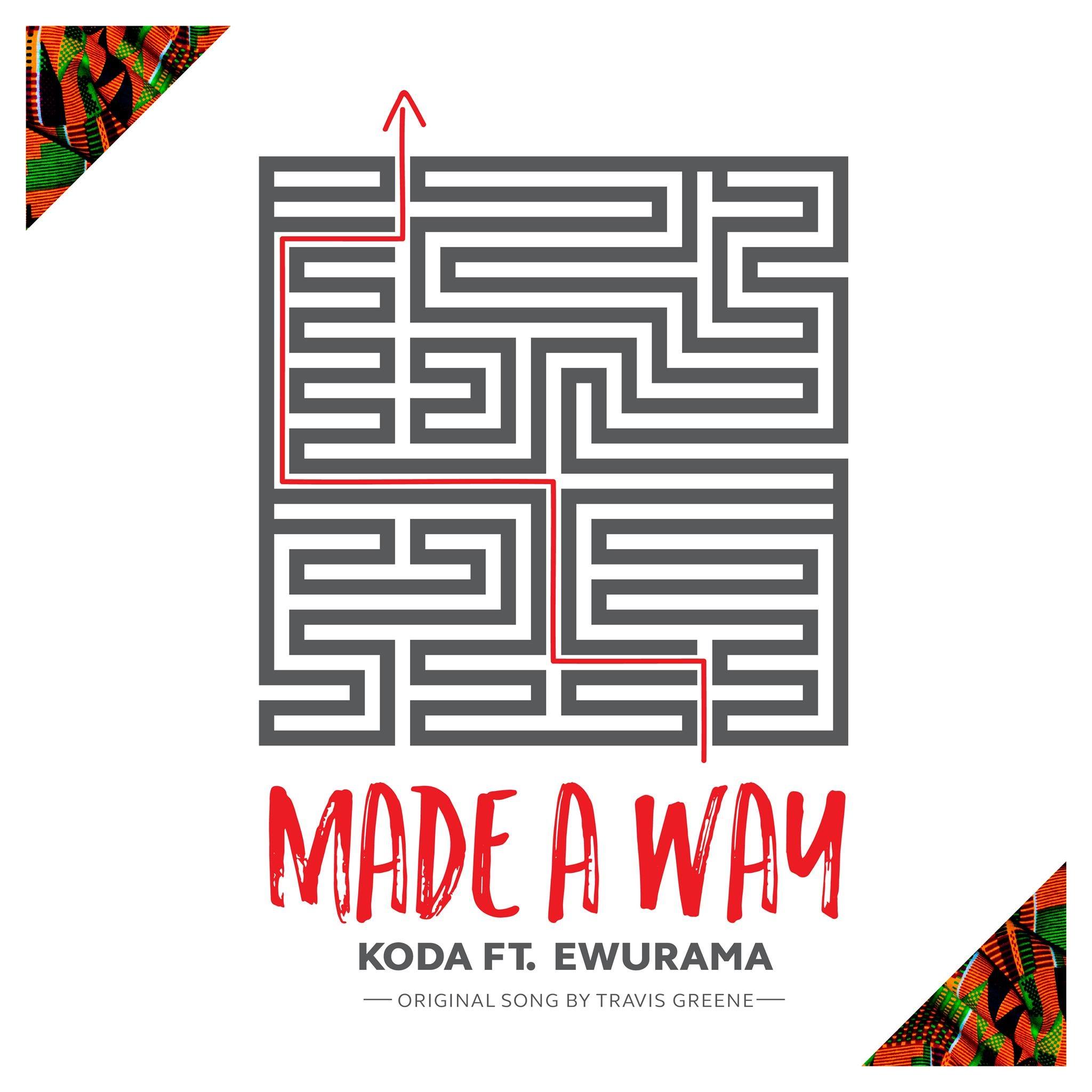 Multi-talented Ghanaian gospel artiste and producer, Kofi Dua Anto (KODA), is out with a new smashing single. The single titled, ‘’Made a Way’’, features soulful gospel songbird, Ewurama, KODA’s wife and is well thought out and delivered cover of Travis Greene original composition. This will be the second time the hubby-wifey pair collaborate on a song after they released ‘’Chimo’’ in 2015.
‘’I have been pondering a lot on the many miraculous works of God in my life for some months now and I wanted to share my testimonies with people. I believe the more we share our testimonies the more we empower others. Travis’ song resonated with me and so when I was inspired to put a twist to it, I did and sounding so good I got permission from his team in USA to have it recorded and released. This single comes from of a heart of gratitude for the many blessings God has bestowed on us all. I pray it inspires people to share their testimonies and hope it encourages those going through hard times,’’ KODA disclosed.
The ‘’Nkwa Abodo’’ hit singer initiated a ‘’Made A Way’ hashtag campaign on social media as a precursor to the single release where using the song’s theme of testimony, he shared inspiring testimonies of the many memorable incidents in his life where God made a way. This was replicated by fans and some of his colleague gospel ministers who took turn to share their testimonies as well.
KODA’s ‘’Made A Way’’ is a well-executed afro-version of Travis Greene’s award-winning global anthem having received the blessing of Travis’ management to record and release it. The groovy bass and horns-laden song with soothing vocals from KODA and Ewurama were recorded live, mixed and mastered at KODA’s KODED Studios in Takoradi. It is set to be danceable favourite on radio and among fans.
DOWNLOAD
Watch Video: