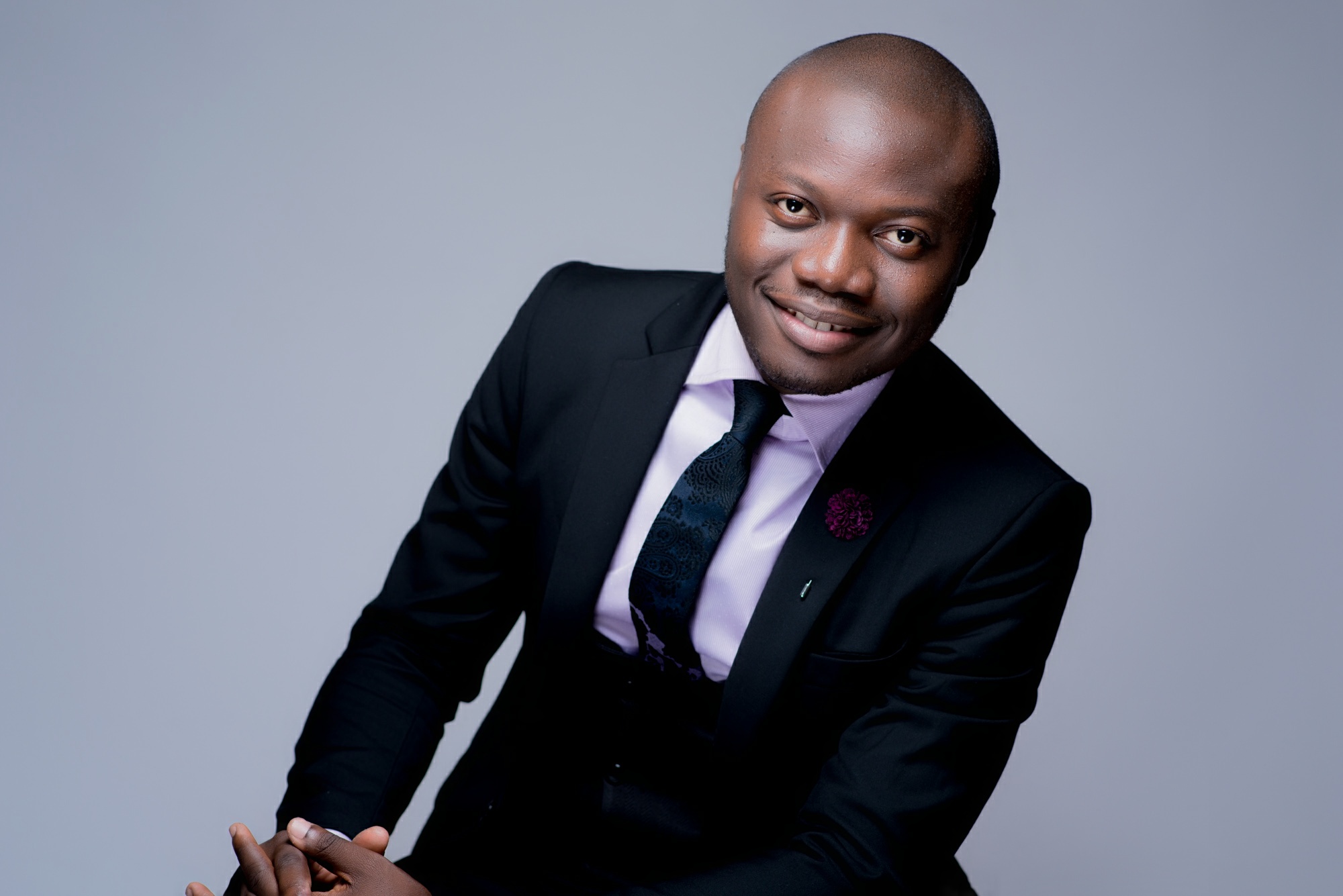 Kunle Kenny, a name that has fast become a household name in the gospel music community, is an exceptionally astute Vocalist, Music Director, Voice Coach and  Multi-instrumentalist. His name is synonymous to the statement “Anointed Excellence”. The message of his music is simple- “Gratitude to God for the finished works of Christ”.
Kunle Kenny (Adekunle Kehinde) graduated with a BSc. Cell Biology and Genetics (Second Class Upper) from University of Lagos and later bagged his Masters Degree in Molecular Genetics from the same institution. He’s the only child of his mother and the third of his dad. His mum is a teacher and his dad is a business owner.
He’s a well sought after music minister, music conference speaker, choir director and training facilitator. Kunle Kenny has been featured both as speaker and artiste in international conferences alongside the likes of Kim Burrell (USA), Kevin Gray (USA), Wole Oni (Nigeria), Yohanne Freejay (France) to mention a few. He has organised trainings and also ministered at different parts of the country and West Africa, contributing his quota to arts development in Nigeria and West Africa at large.
He released his first single “Baba Ye” in 2011, a song filled with joyous tunes and expressions. He then followed it up with “Ijo Ope” and “Ose Baba”, songs which have gained acclaim both locally and internationally. Kunle Kenny released his first project in 2015, a 7-Track EP (Extended Play) titled OSE BABA.
Kunle Kenny believes in his African roots and always showcases it boldly in his songs.
His latest single “Onye Nzoputa, Imela (Thank You My Redeemer)” is a single from his upcoming album titled “Unending Gratitude”. This is a song that will get you on the dance floor before knowing it. He perfectly combined African sounds with western and Hip Hop rhythm all in one song.
The music video of his hit worship medley titled “I Am Yours/ Hallelujah To You” is a song of intense passion and adoration to God, thanking him for the sacrifice of the cross. The video was released in 2016 and it’s still being played on Faith Broadcast Network all over the world.
Kunle Kenny is the founder of his record label Kunle Kenny Music and the creative director of his training institute known as The Vocal Booth. The vision behind The Vocal Booth is to empower musicians and singers with the necessary skills and platforms that will help them grow and become more proficient in their musical abilities. The first edition featured Wole Oni and Nosa as co-facilitators.
Expect a live DVD Recording and a new album from Kunle Kenny soon!
CONNECT WITH KUNLE KENNY ON SOCIAL MEDIA
Instagram: @Kunle_Kenny
Twitter: @Kunle_Kenny
Facebook: www.facebook.com/kunlekennyfanpage
Phone: +2348104920708 , +2348177313333
KUNLE KENNY – DISCOGRAPHY
VIDEOS:
“I Am Yours / Halleluyah To You” (Official Music Video)
Watch and subscribe to Kunle Kenny on YouTube – www.youtube.com/c/kunlekenny
SONGS:
Kunle Kenny’s EP is available on:
iTunes: https://itunes.apple.com/us/album/ose-baba-thank-you-songs-ep/id993880908
CD Baby: https://store.cdbaby.com/Artist/KunleKenny
The Minstrels App: Available on Android (Google Play) and Apple devices (Apple Store).
Kunle Kenny’s songs are available on all digital streaming platforms worldwide.