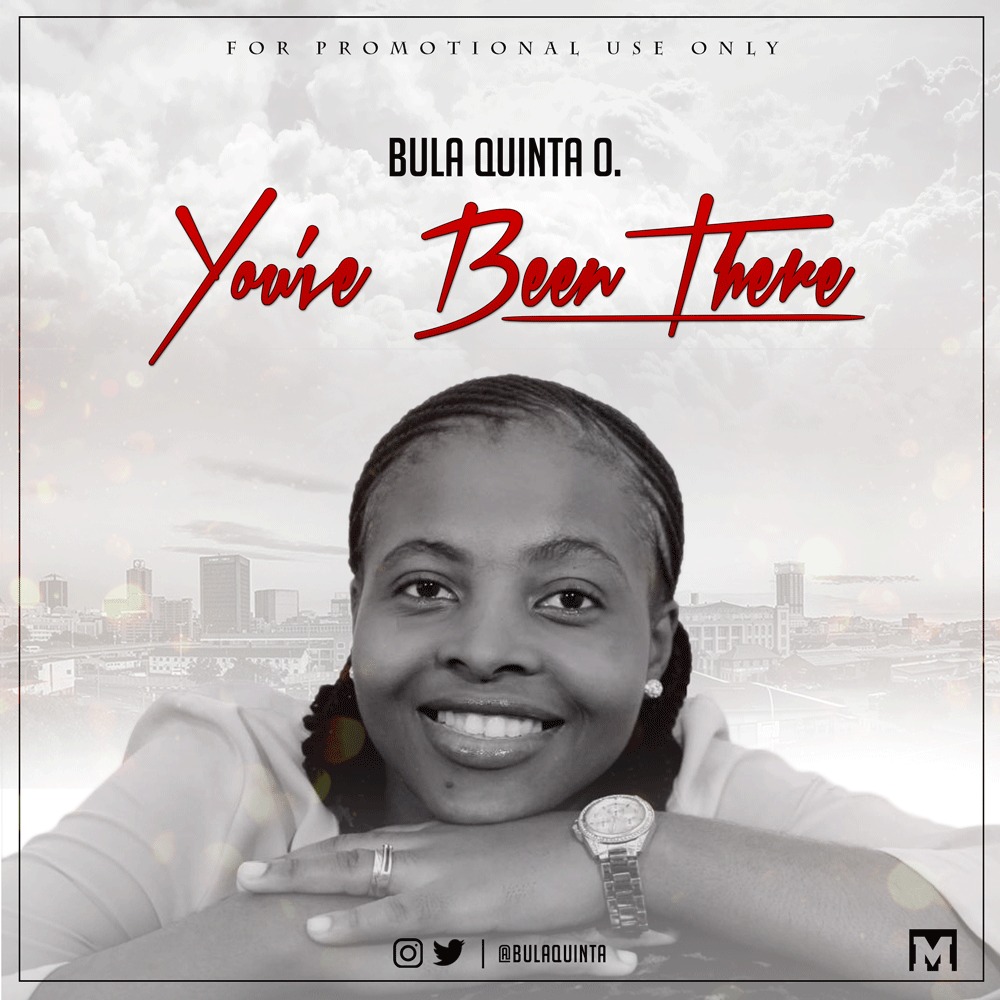 God waits for you to communicate with Him. You have instant, direct access to God. God loves mankind so much, and in a very special sense His children, that He has made Himself available to you at all times.
Bula Quinta is a Cameroonian gospel artiste currently based in Nigeria. She has just released a brand new single titled ”You’ve Been There”. The song talks about God always being present in our time of need.
A lover of God who gave her life to Christ in 1997, she has a strong passion for reaching the un-reached with the gospel of Christ through music.
Trained as an Accountant, She has been preaching the Word of God, especially in songs with wonderful testimonies following her ministrations to the glory of God.
She released Her award winning debut album titled “True Love” in 2007, followed by “Faithful” in 2013.
Over the years she has served in various capacities as choir secretary, assistant choir co-ordinator and as a co-ordinator.
Married to a Nigerian, she currently serve at the Redeemed Christian Church of God, Province 12 (House of victory area) Lagos.
She has ministered on different platforms both in and out of Nigeria.
DOWNLOAD