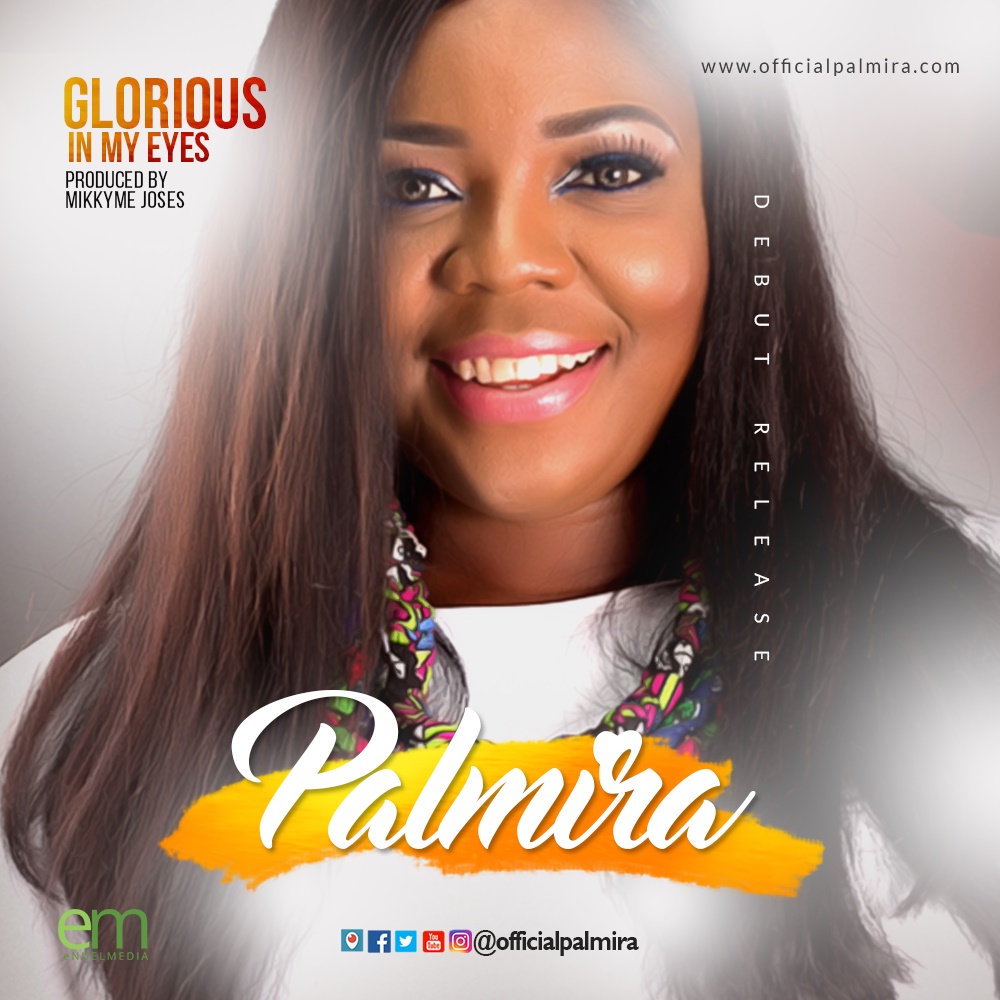 Emerging Gospel Artist and Versatile Singer, Palmira launches her solo career with the release of her first official single, Glorious In My Eyes.
Delivering a fresh and engaging sound that captures the mind, spirit, soul and body, the Musical Queen takes the faith-based arena by storm with her powerhouse vocals and an heartfelt narratives of praise, raising a sound of Gratitude to the Almighty God for His unconditional love towards us.
The Mikkyme Joses produced track ‘Glorious in my Eyes‘ beautifully expressed in English and Igbo (local dialect), features a fine blend of jazz, pop and African rhythm.
DOWNLOAD

Palmira Mmerife Nkonye is a sensational singer and songwriter who hails from Arochukwu LGA, Abia state, Nigeria. She is the fourth of five children from (Lt) Mr and Mrs James Chijioke Mmerife.
While studying for a certificate course in an intensive business training at Edge Business School, after obtaining a certificate in basic presentation at Federal radio Coporation of Nigeria, Palmira was admitted into the renowned Lagos State University (LASU) where she bagged the honour of a BA in Theatre Art and Music with Music as her Major.
Her professional career in music began in the year 2000 as a backup singer to notable music icons across Africa. Some of which includes; Onyeka Onwenu, Sammie Okposo, Cobhams Asukwo, Ige, Bankole Wellington (Banky W), Wole Oni, Tosin Matins, Pita among others.
In the year 2007, Palmira featured in the classic Star Quest TV reality music show, emerging winner of the contest under the group called D’Jewels which launched the professional platform for her music career.
In 2014, She decided to go solo as a gospel artist and since then, had the privileged to both share and enjoy platforms with the very best of gospel music exports across the globe – Nichole C. Mullen, Micah Stamphley, Ron Kenoly, Lester Lewis, Sammie Okposo, Nathaniel Bassey, True Worshippers and the host of other anointed music ministers.
Palmira is also the president and chief pioneer of the Prison Concert initiative called FREEDOM IN CHRIST an NGO established to reach out to prisoners across the nation through music, which had its first edition in 2016 and has since been a much anticipated event to look forward to.
CONNECT WITH PALMIRA
Twitter | Facebook | Instagram: @OfficialPalmira