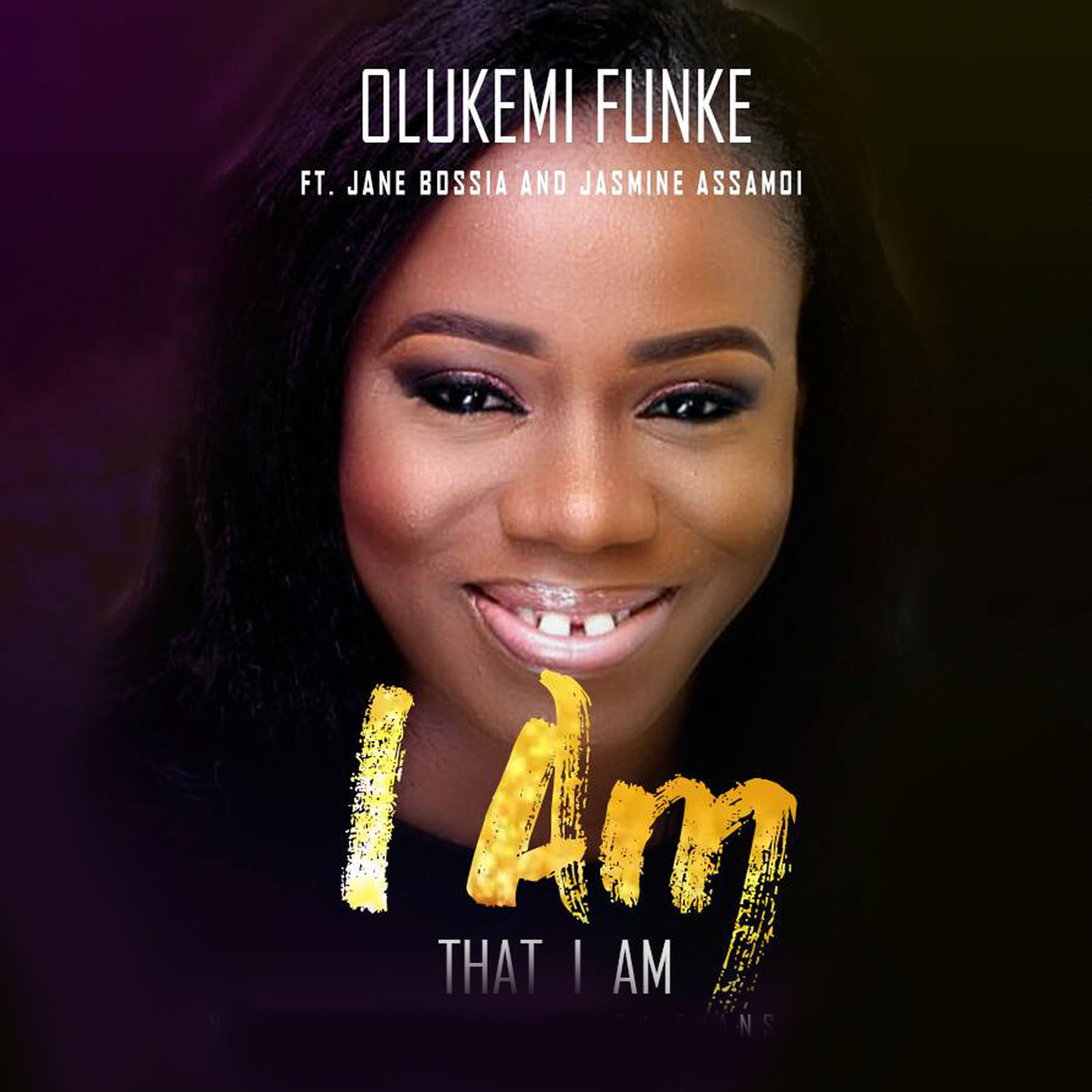 Olukemi Funke, a music minister based in the UK releases new single titled – I Am That I am. A song that she composed through the inspiration of the Holy Spirit and was born out of her personal worship experience. It’s a song of adoration to God and it reveals the wondrous acts of God.
It was sung in three languages, that is – English, French and Yoruba. She is so excited about the powerful works God will do through this release particularly the revival that will break forth to the world.
In 2015, she released her first album titled The Fruit of My Lips – a thirteen track album and featured I Am That I Am. However, she felt led by God in 2017 to re-record that same song. I am that I am was produced by Evans Ogboi and it featured Jane Bossia and Jasmine Assamoi.
DOWNLOAD
LYRICS
I Am That I Am Ft. Jane Bossia & Jasmine Assamoi by Olukemi Funke
Intro:
Let’s lift our hands to worship Yahweh
The Mighty God that can never expire
The invisible God with Visible wonders
The Alpha and the Omega
With mighty hands that sustains the universe
His Power time can never change
The All Sufficient God
The All Powerful God
We worship You
English Chorus:
I bow before the ancient of days
I bow before the I am that I am
Who never fails
My God can never fail
He remains the same
I am that I am
French Chorus:
Je m’incline devant l’Ancien des jours
Je m’incline devant le grand “Je suis”
Qui n’echoue jamais, mon Dieu n’echoue jamais
Il demeure le meme
Le grand “Je suis”
Yoruba Chorus:
Mo wo le fun Oba Aye raye
Mo ju ba Re Emi ni ti n je Emi ni
Oba ti ki Kuna
Ko ma ma laseti
Oba lo ni lo la ti ti lai lai
Emi ni ti n je Emi ni

ABOUT OLUKEMI FUNKE
Olukemi is a British/Nigerian who started singing from a very young age. She had the passion to sing and so kept asking her parents to take her to the studio to let her sing and record songs. As God would have it, she had the privilege to sing a solo at her Foursquare Gospel Church Okota, Lagos Nigeria at the age of six (6) during one of the Children/Teenage programs. She continued to sing whenever she had the opportunity to.
During one of her ministrations at Federal Government Girls College Oyo, where she ministered ‘I will say yes’ at age 11, she did not only minister to people at the service that day but also to herself. It became clear from some of the testimonies of those she ministered to and her testimony from same ministration that God wanted her to spread the gospel of Christ through the instrument He had given her (her voice).When she completed her Junior Secondary School Education at Federal Government Girls College Oyo Nigeria, she moved on to further her Secondary School Education at Light House Secondary School where she joined the school choir to serve till she completed her studies and furthered her University Education at Covenant University where she was also privileged to serve in the same capacity.Some years later, she relocated to London, where she joined New Covenant Church Edmonton, London UK choir to serve. Olukemi currently serve in the Choir at Winners Chapel Dartford and has been priviledged to release her first single titled Highest Praise from her forthcoming album Unlimited God.
In 2013 She received an award for Praise and Worship act under the Praisetek Gospel Music Award. In 2014, she got nominated for Artist of the Year Europe under the African Gospel Music Awards and Best Gospel Act under the True African Heritage Award.
Olukemi Funke released her first album a praise and worship album featuring thirteen tracks all given by the inspiration of the Holy Spirit on the 14th of November, 2015. It features songs like Highest Praise and Super.
In 2016, Olukemi Funke was nominated for GXMMA award for afro gospel artiste of the year.