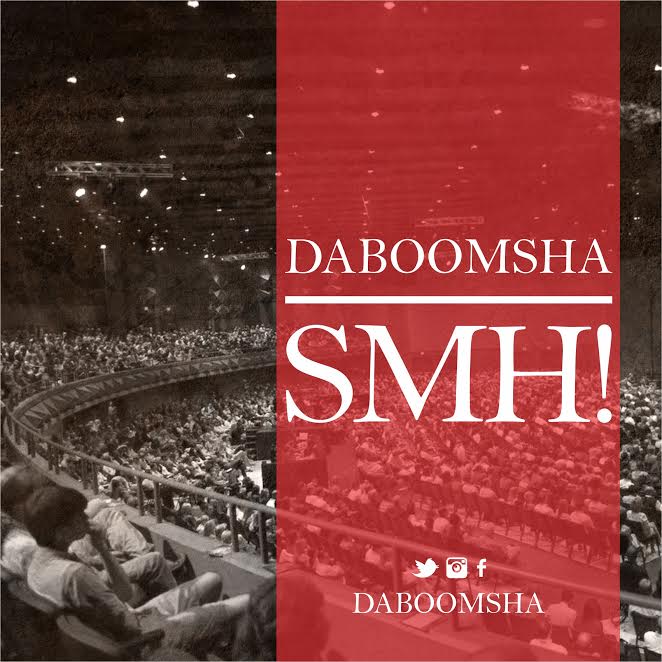 SMH (Shaking My Head) is a stinging commentary on the state of Christian HipHop in Nigeria today.
DaBoomsha bares his mind on several controversial issues in this State-Of-The-Union address to the HipHop community.
With a gripping intro by deceased Rap legend, Tupac Amaru Shakur as well as vocals from other CHH artistes,
SMH is another lyrical masterpiece which is unapologetically confrontational and thought-provoking at the same time.
Arranged, mixed & mastered by T-Beiz (@TBeiz) for DakDak Studios (@dakdakstudios)
To download and listen to the song, pls click on the link below:
DOWNLOAD
ABOUT DA BOOMSHA
Rapsodee Da Boomsha is a HipHop Luminary,TV Show Host, Radio Presenter and Performing Artiste with a flair for writing.
His literary and musical works collectively known as ‘The Boomsha Kreatives’ include the ‘Rebel Muzik Mixtape” Vol 1 & 2, “Mavrixx EP”, as well as the #BoomshaDiaries.
His stories and songs deal with contemporary issues and influence public opinion especially within members of the urban christian community.
CONNECT
Facebook: Boomsha
Twitter: @daboomsha
Instagram: @daboomsha
Snapchat: DaBoomsha
www.soundcloud.com/daboomsha
www.churchboiz.com/daboomsha