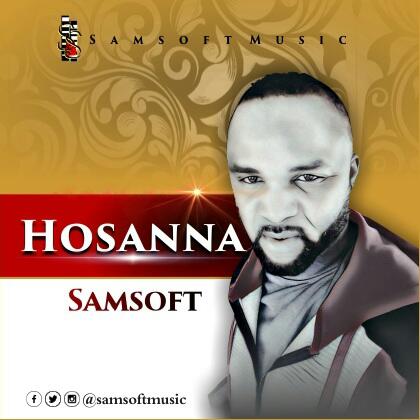 Easter is a time for hope, renewal of spirit, rekindling of faith and rejoicing in the triumph of our Lord and King, Jesus Christ.
Join Samsoft in belting out this powerful song to the King of kings – HOSANNA TO THE KING!
The song was co-produced by Samsoft and GID.
Download. Praise. Share!
DOWNLOAD
LYRICS

HOSANNA by Samsoft
You took my grief and my pain
You turned my sorrows to Joy
You broke every chain of sadness
Oh oh oh
You turned my water to wine
There is no mountain too high
You took away all my fearPraise the Lord hosanna to the king
Hallelujah hosanna to his name 2xHosanna Hosanna to the king
Hosanna Hosanna to his name
CONNECT WITH SAMSOFT
Twitter | Instagram: @SamsoftMusic
Facebook: Samsoft
Website: www.samsoftmusic.com
ABOUT SAMSOFT
Samsoft is a Nigerian-American Gospel musician, choir director, and is most notably known for leading urban contemporary gospel choirs such as City Mass Choir and Boston Multicultural Mass Choir. His music has earned him platinum selling status allowing him to be ranked among the mainstream artist in his genre.
He has opened for Ron Kenoly, Phil Driscoll and Tye Tribbett and has graced many concerts, crusades and seminars in the U.S, Europe and Africa.
Samsoft is a source of inspiration to many singers and has motivated many to become singers and choir directors.
With his increasing demand, Samsoft is poised to take Gospel music to another level. He currently resides in Boston Massachusetts, USA.
Related Topics:
Up Next