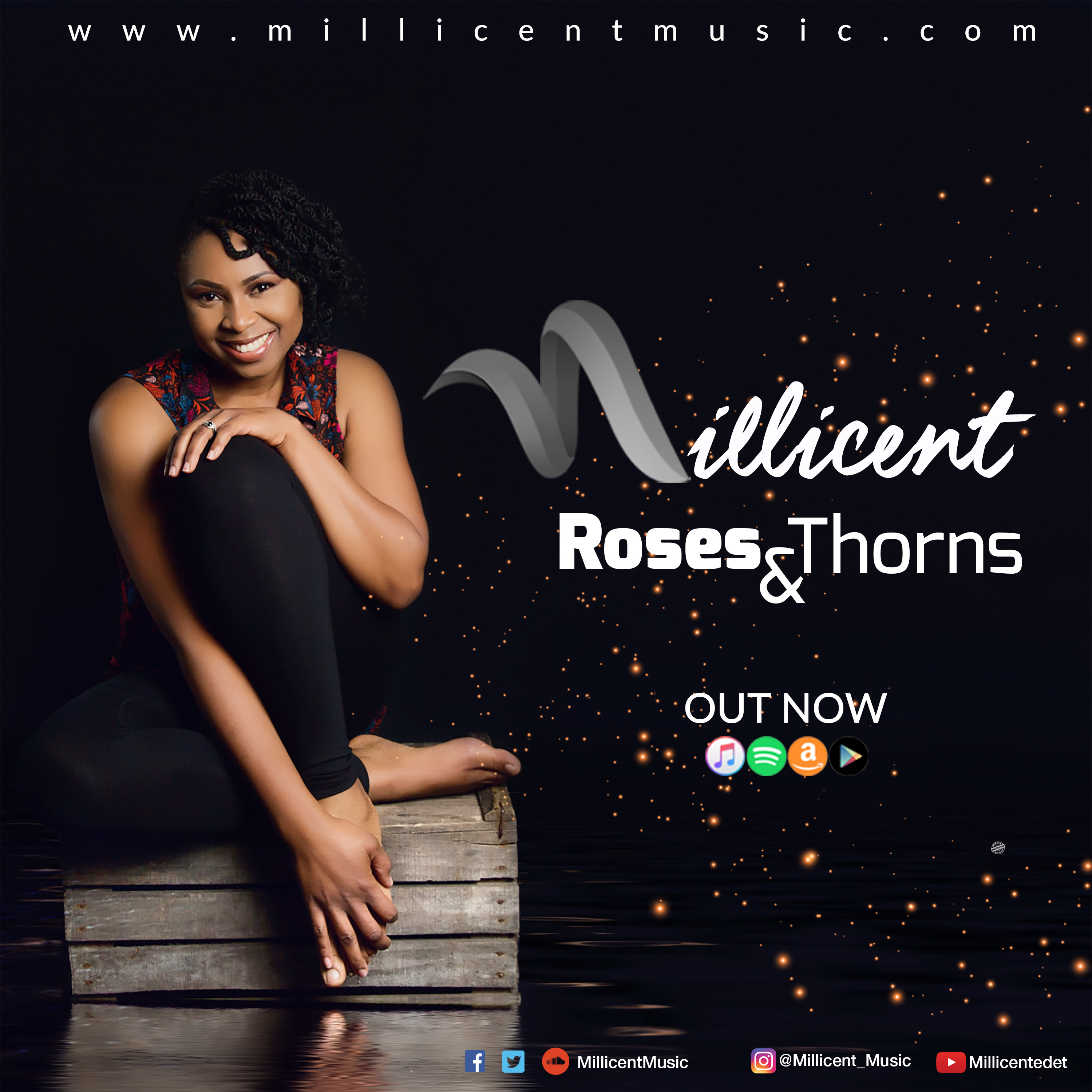 To Love is to Live.
To Live is give and take, strength and flaws, good and bad, sun and rain, up and down, yes and no, roses and thorns.
– Millicent
Download, enjoy and kindly share this beautiful song.
DOWNLOAD “Roses and Thorns”
LYRICS
“Roses and Thorns” – by Millicent
Oh my love
your love is as perfect as it comes
there is nothing I won’t do
to show you how much I care for you

So I take you roses and thorns
and no matter what
I’ll be here I won’t give up
Oh my love x4
ABOUT MILLICENT
BRINGING HOPE TO THOSE WHO HURT…
MILLICENT, born on the 30th December 1985, is a Nigerian-born soul singer, songwriter and blogger based in the UK.
“Almost anything could be a mic for me when I was little and I would belt out tunes to myself as I was both performer and audience”.
She released her debut EP, ‘Voyage’ in January 2017. Her debut single ‘How Come’, was released in November 2016.
Inspired by her Christian faith and legendary soul singers such as Whitney Houston, Dionne Warwick, Roberta Flack, Shirley Caesar, and Sade, she is known for her soul stirring renditions and work with local charities. In 2014 and 2015, MILLICENT performed at The Friends of ANCHOR’s ‘Courage on the Catwalk’ event to raise funds for cancer treatment and research.
MILLICENT performs Live at various events around Aberdeen and is also a member of the band at her local church. She currently resides with her husband, Jonathan in Aberdeen, Scotland.
More details on the website www.millicentmusic.com
CONNECT WITH MILLICENT
Twitter | Facebook: MillicentMusic
Instagram: @Millicent_Music
YouTube: MillicentEdet
Related Topics:
Up Next