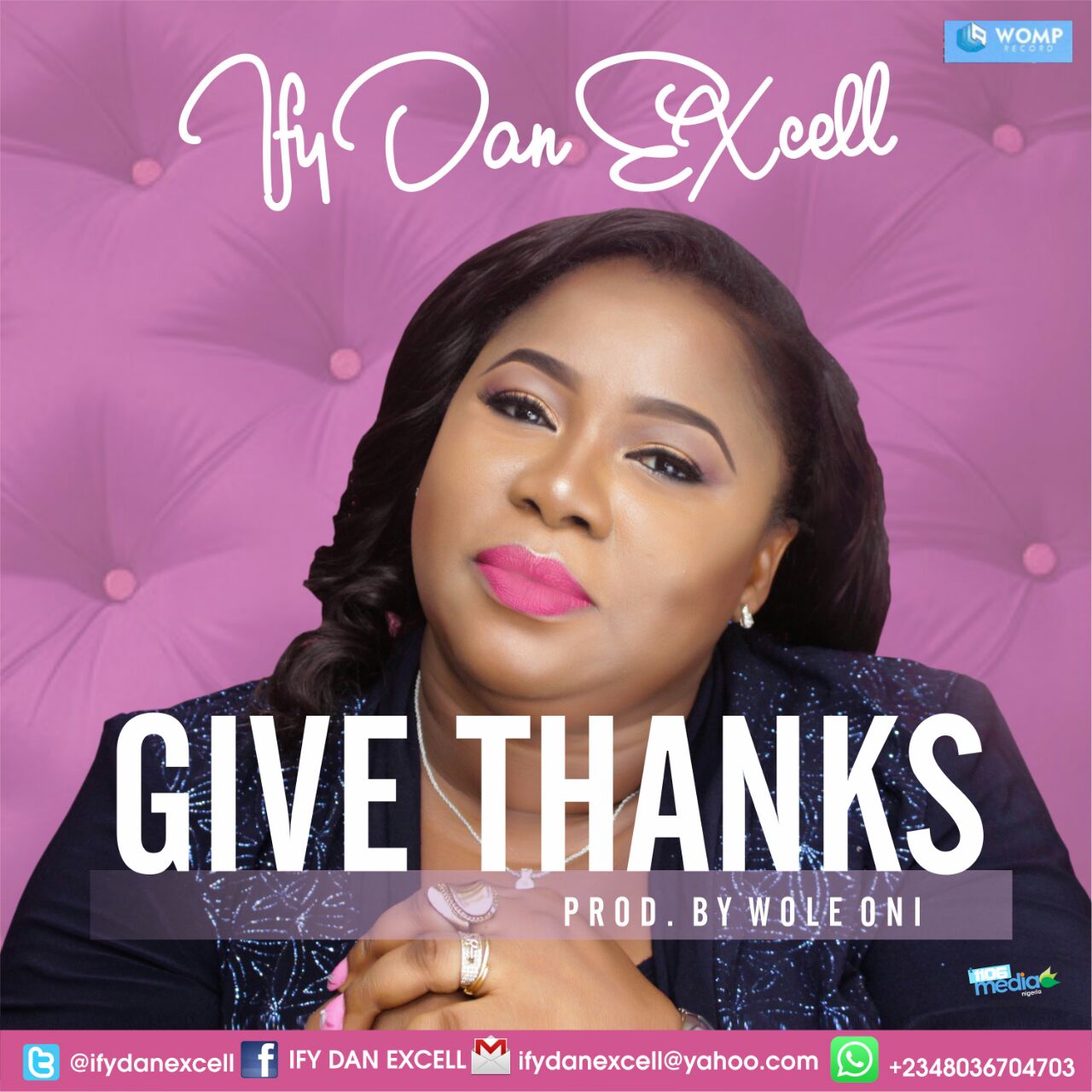 Ify Dan Excell releases 2 new singles “He is the Highest” and “Give Thanks” – 2 dynamic praise songs with production credit to Wole Oni Music Production (WOMP).
“He is the Highest” is a contemporary Afrocentric praise song with chants of accolades to the King of kings. The tone and mood of the single complements the lyrics which urges one to hail King Jesus.
“Give Thanks” carries a steady rhythmic pace to echo Psalm 136 – For His mercy endures forever. With horns and constant high pitch notes, Ify Dan Excell expresses her heart of gratitude vehemently on the single.
Apart from being quite experienced in the music ministry, Ifeoma Dan Nwude (Nee Okafor) is a Nutritionist Dietitian, the MD  Excell Nutrition and Diet Therapy Services NIG and DMD Excell Services Nig.
She has served as a music minister in various capacities. She was the lead vocalist for her secondary school choir and went further to release an album with them. She joined the Campus Fellowship of Christian Students (FCS) “God’s Base of Operation” while she was studying Nutrition and Dietetics in Kaduna Polytechnic. She also released an album with the team titled “In His Presence.”
As the pioneer Choir Leader for her church, Living Faith Church World Wide, Agip Ada George, Port Harcourt, she has been instrumental at various level, also in the youth fellowship choir. Together with the choir of the Living Faith Church, she released yet another album titled “My Time.”
Ify Dan Excell is also an author, after serving  at University of Port Harcourt Teaching Hospital (UPTH) Dietetics Department at the end of her service year, she wrote and launched a book “Complimentary Foods for Infants from Six Months of Age.” She has hosted many Nutrition Programmes and given several health talks in companies, Schools, Churches and on Television.
Get inspired by the new singles “He is the Highest” and “Give Thanks”, produced by Wole Oni.
Listen & Download – He is the Highest
http://k003.kiwi6.com/hotlink/9brb5eqon3/He_is_the_Highest_-_Ify_Dan_Excel.mp3