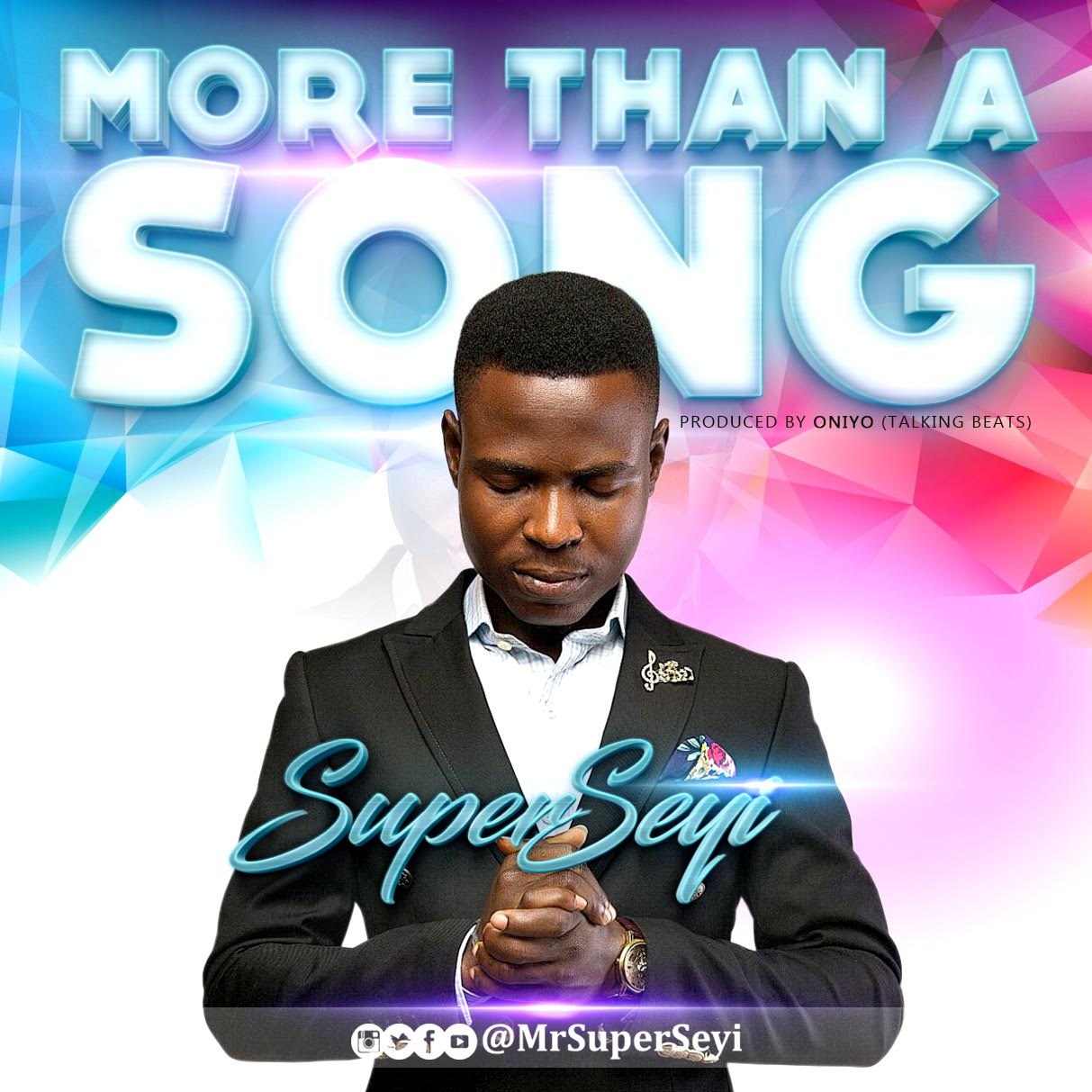 Music minister & Worshiper, Oluwaseyifunmi David Shodimu popularly known as ‘SuperSeyi‘ storms the gospel music scene with the release of his debut single – an exceptional piece titled ‘More Than A Song‘.
‘MORE THAN A SONG’ is an Urban song of Praise to the Most High God.
The Oniyo produced track is a classic dancehall piece that gets you dancing and jumping in pure unreserved gratitude to God from the very first minute. Thinking about how Great and Mighty God is and how much He’s done for you, there’s no doubt He is worthy of More Than A Song.‎
Download & enjoy!
DOWNLOAD
About SUPERSEYI
Oluwaseyifunmi David Shodimu (SUPERSEYI) began his musical journey when he got into his orthodox church choir at age 8. Several years later, as a vocalist and multi-instrumentalist he began instructing and directing in a pentecostal church choir at age 17.
On 1st May 2007, he formally launched his music ministry when he staged a gospel concert “BOUNDLESS PRAISE” which turned out to be a huge success. Since launching his ministry, he has actively ministered with several church choirs and music groups across the country.
SUPERSEYI has shared stage with several notable international acts including Don Moen, Ron Kenoly, Sammie Okposo, Frank Edwards, Mike Abdul, Nosa, Nikki Laoye and Psalmos, to mention a few.
His greatest gospel musical influence includes Kirk Franklin, Donnie McClurkin and Tim Godfrey. On 10th October 2010, SUPERSEYI received a specific divine directive which formed his life mission: “To be a Light of Hope, a Voice of Inspiration and a Hand of Power”.
Currently, he resides in Lagos, Nigeria. Aside from his undying love for music, he also loves to write, travel and play table tennis.
CONNECT
Twitter | Facebook Page | Instagram: @MrSuperSeyi
YouTube | ReverbNation | SoundCloud: MrSuperSeyi
Facebook: SuperSeyi Shodimu
Email: mrsuperseyi@gmail.com, mgt@superseyi.net
Website: https://superseyi.net