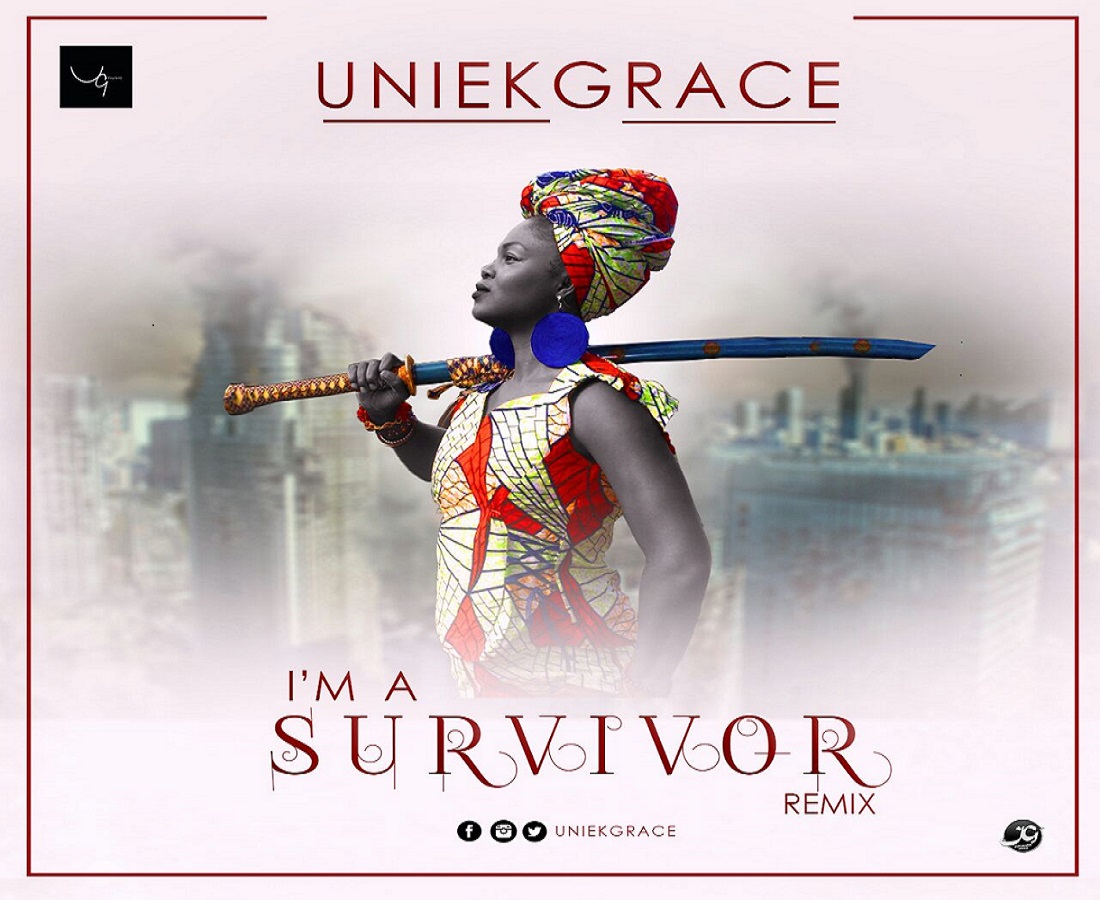 ABOUT UNIEKGRACE
Funkè Ojo-Emessiri known with the stage name Uniekgrace, born in Ondo State, Nigeria on June 2nd 1982 is a Urban-Soul singer/songwriter.
She grew up in different parts of the world namely Nigeria, Italy, Switzerland, Angola, North America and lastly, Belgium where she now resides with her family. This rich background makes up a large impact on the music she produces.
Her step into the singing world began at the age of 16 when she renewed her faith, taking her relationship with God seriously.  She joined her home church gospel choir then, Jesus House Baltimore in Maryland.
In 2006 she underwent a series of vocal training under the coaching of Ms. Kitra Williams, former lead of Oprah Winfrey’s “The Color Purple” and Tyler Perry’s “Diary Of A Mad Black Woman.” This helped Uniekgrace understand more about the art of singing.
Uniekgrace got married in 2007 in Glendale Arizona and moved first to Niagara Falls NY, and then to Belgium with her husband to begin raising a family.
After achieving a Bachelor’s degree in Nursing between the years 2010-2013, she picked up her desire to be a performing music artist.
Her first single, “Jesus is Real” with a bonus track “I’m a Survivor” was launched in 2012, and that was when she began performing at different events in Belgium and England.
In September 2013 she collaborated with a celebrity French rapper in her community, Legendaire Emjy for a song on his album Memoires called “So Fast.”
In April 2014 she collaborated with an English rapper, Joshua Ayeh for a song on his MAXI Back to Basics, called “Separate Ways.”
In the same year of 2014, June, she released “Let Your Will” a MAXI with Selstudio and NLS (New Life Studio).
“Let Your Will” is the track that got her featured on different Social media sites and other internet sites such as African Voices, a CNN show that sheds light on African talents, Gospel TV Emmision based in Belgium, Gracemusic, and iRoking.
In July 2014, she was ranked number 2 in Indie Music in Brussels, on the world-wide music site Reverbnation.
She featured also on different radio shows namely TnT in NewYork, BatimuFM in Belgium, SunBlackFM in Poland, and POMRadio in England.
“Heal Our Land” was announced to be released January 2015 with an very effective music video.
Now her very latest single “I’m a Survivor REMIX” is to be released October 1 2016 in promotion of her Afropop EP titled E GO BETA.
Uniekgrace quotes, “I have just began and by the grace of God, and my music cause a positive change in the hearts of many around the world.”
CONNECT WITH UNIEKGRACE
Facebook | Instagram | Twitter: @Uniekgrace