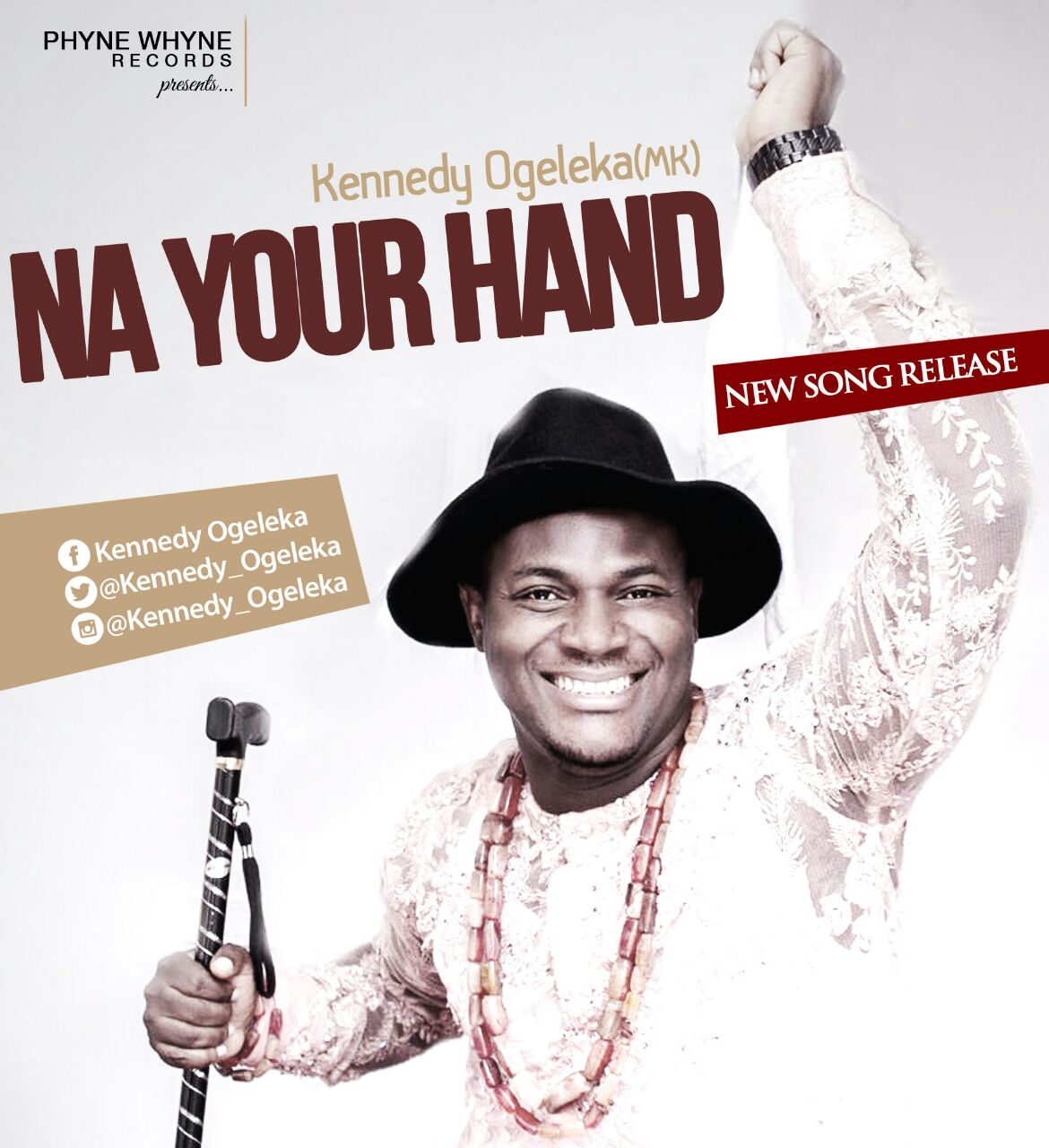 Kennedy Ogeleka (Minister Kenn/MK) is out with a new single titled “Na Your Hand”, a song that acknowledges and credits the maker as the author and the finisher of every feat one can accomplish.
The song, a Niger-Delta praise song is the minister’s expression of gratitude to God. It’s a song about the grace of God, a clear reminder (whenever we think it’s our hustle that helps us achieve things in life) that God is faithful and regardless of our ego or pride in our achievements, His hand is always steering us in the right direction.
The song infuses melodious chords with African folk instrumentation that will spur one to swivel in an attitude of thanksgiving to the southern groove.
“Sit down, look back,  count your blessings… all you have or possess are things you really didn’t struggle for; they came easy to you, you received them by Grace.” – Kennedy posits.
Kennedy Ogeleka found his calling from the challenge of not being allowed to join the kiddies choir at age 7. As a teen, he learned to play the drums, bass guitar and self tutored himself on the piano. Mentored by Sammie Okposofor whom he was a lead background vocalist for 8 years, he has worked with artistes including Hope Davies and has shared the stage with the likes of  PITA, Eben, Freke, Nathaniel Bassey,  also DonnieMcklurkin, Cece Winans, Micah Stampley, Israel Houghton, Detrick Haddon, Fred Hammond, Chevelle Franklin, Kirk Franklinto mention a few.
Kennedy’s debut album “Sound Of Heaven” (which includes songs like “Arugbo Ojo”, “Mojubare”, “Odogwu”,“Ibuchukwu”, “Higher”) was launched in August 2013 and has been a source of tremendous blessing to many. In more recent times, Kennedy has ministered several times at TREM Kingdom Life Conference and various TREMbranches in different parts of the world as a favourite of Bishop Mike Okonkwo. He has ministered in various churches in countries including Benin Republic, Tanzania, Ghana, Dubai, USA, UK and SA.
He has been the Music Director of The Rock Image Choir at Davids Christian Centre for 9 years and has mentored many in gospel music. He is also the CEO of Phyne Whyne Records, where he works with gifted and anointed musicians as well as singers to bring the very best of a live band experience to his audience.
Happily married to his bestfriend and covenant partner Ebele, they have the most amazing daughter Kendra.
Like Phyne Whyne, expect more from this anointed worshipper… meanwhile, get your handkerchief and your praise on as he delivers “Na Your Hand.”
DOWNLOAD
CONNECT WITH MK
Instagran | Twitter: @kennedy_Ogeleka
Facebook: Kennedy Ogeleka

Music: Land Of Promise (It Is Well) ~ TY Bello [@TYBelloTweets]