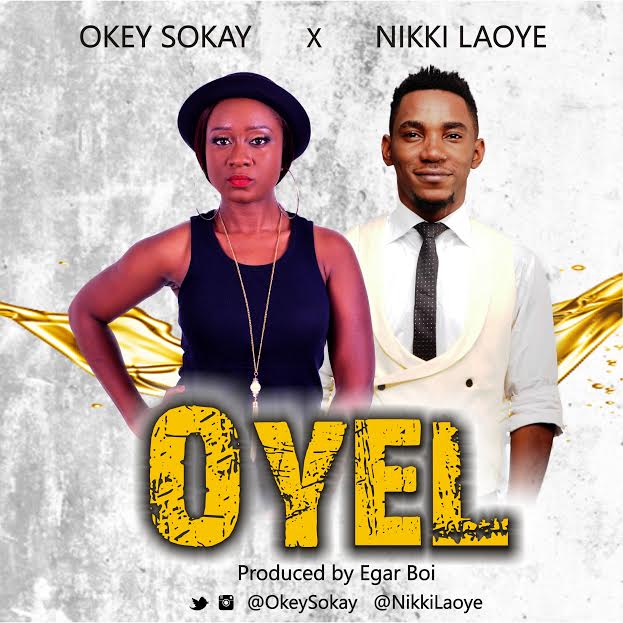 Soul Singer, Nikki Laoye jumps on the trending Hip Hop Trap jam, “OYEL” by multi talented musician/producer, Okey Sokay. (He’s also the producer behind her hit song, Onyeuwaoma featuring Banky W).
“OYEL“ is simply the imitation of how a typical ibo man pronounces ‘Oil’, which in this case means The Anointing of the Holy Spirit.
Creating a captivating version of “OYEL” with her signature harmonies, Nikki Laoye will definitely get your head bopping and your jaw dropping as she also brings her street persona to the fore once again alongside the banging groove & lyrical delivery by Okey Sokay.
This is definitely another cool collaborative effort between Okey Sokay and Nikki Laoye, who had earlier featured on one of his hit songs, “Happy Day”.
Produced by Egar Boi, OYEL – the signature tune has become a major favorite across Urban Contemporary Gospel Community with many features from across the world.
In OKEY SOKAY’s words, “And so we are anointed for signs and wonders. Get up and take your place with NWACHUKWU (God). Now we know all things because we’re anointed. We get OYEL!”4
DOWNLOAD
CONNECT
Twitter: @OkeySokay @NikkiLaoye
Related Topics:
Up Next