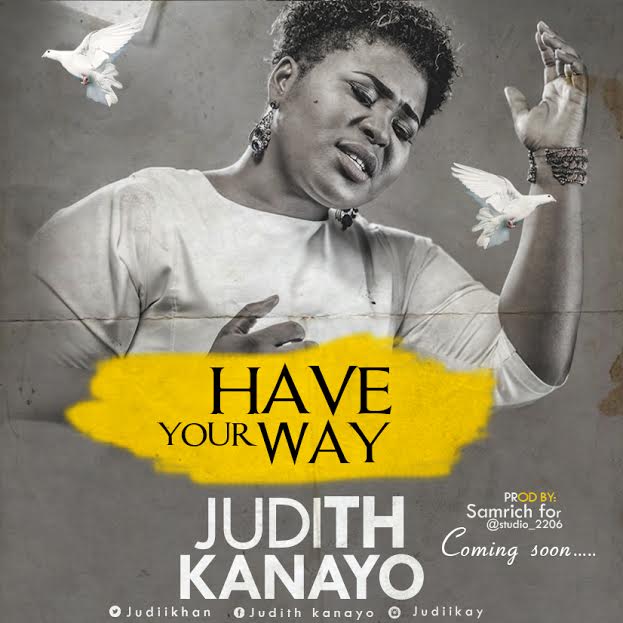 Music minister and song writer, Judith Kanayo releases her long awaited single titled, HAVE YOUR WAY.
This soul lifting piece, which is perfect for such a time as this, was inspired by the singer’s personal experiences that resolutes to the fact that God’s way is supreme, perfect and right.
According to the very versatile Gospel minister, ” ‎One of the greatest lessons every believer is going to have to learn is to let God do things His way.”
Judith Kanayo, a graduate of Theatre arts from the Redeemer’s University has been been on the music scene since the year 2013, when she released her first single, Nobody Else .
The singer who was formerly a back-up vocalist for FLOROCKA has shared stage with several renowned gospel ministers such as Frank Edwards, Chioma Jesus, Joe Praize, Tim Godfrey and several others.
She has also been featured on several tracks with different spectacular artistes.
Enjoy this soul-lifting, life-transforming soul music titled ‘Have your way’ which was produced by one of Nigeria’s very best, Samrich for Studio_2206.
DOWNLOAD
CONNECT WITH JUDITH KANAYO
Twitter: @JudiiKhan
Instagram: @JudiiKay
Facebook: Judith Kanayo