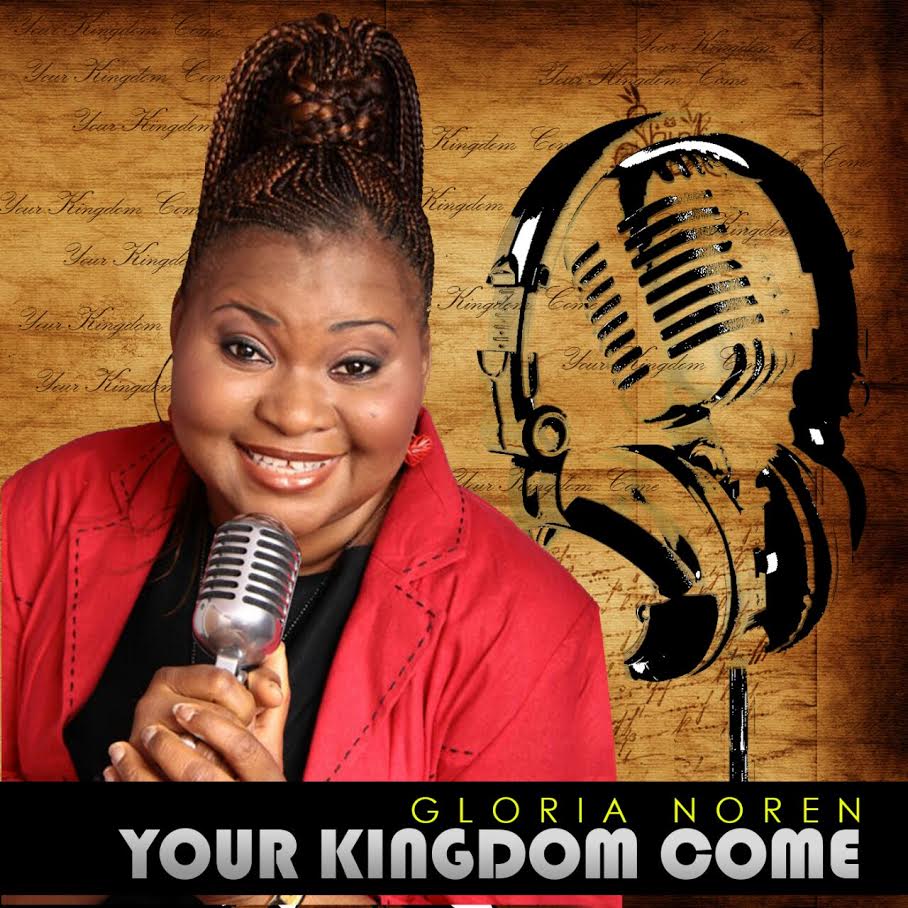 The much anticipated Kingdom anthem by Gospel music artiste Gloria Noren is finally out! After a long hiatus in diaspora, the anointed Gospel music minister returns with a message embedded in her new single “Your Kingdom Come”, a selection from the body of work that makes up her forthcoming EP with the same title.
Produced by the award winning maestro Wole Oni, “Your Kingdom Come” is more than a song, it’s a movement which is at the core of Gloria Noren’s faith tenet. Jazzy and Soulful with a resonating baseline and passionate vocals, the horns almost replicating the passion expressed on the vocals, Gloria stresses the tone of the song which is a ‘cry’ for the birthing of the Kingdom in the midst of the nation.
Gloria Noren who had been on the Gospel scene in time past made her mark with singles such as “King of Kings”, “Stand Up”, “Woman” and more.  She is the coordinator of Gloria Noren Music Ministry and Worship Culture Band. She has featured at several government, corporate and private functions and a host of numerous charity concerts amongst many others both locally and internationally. She has also trained Church choirs in the area of worship with her teachings taken directly from the Word of God.
She is also a graduate of Business Administration from the University of Benin, a social crusader who believes in social justice for the common man. Noren is an advocate of good governance and at such, inspires teenagers and youth for leadership, teaching them moral ethics and personal development.
Listen & Download
DOWNLOAD
CONN;ECT
Twitter: @adetheglee
Facebook | Instagram: @glorianoren
Facebook Page: Gloria Noren Music
Web: glorianoren.com