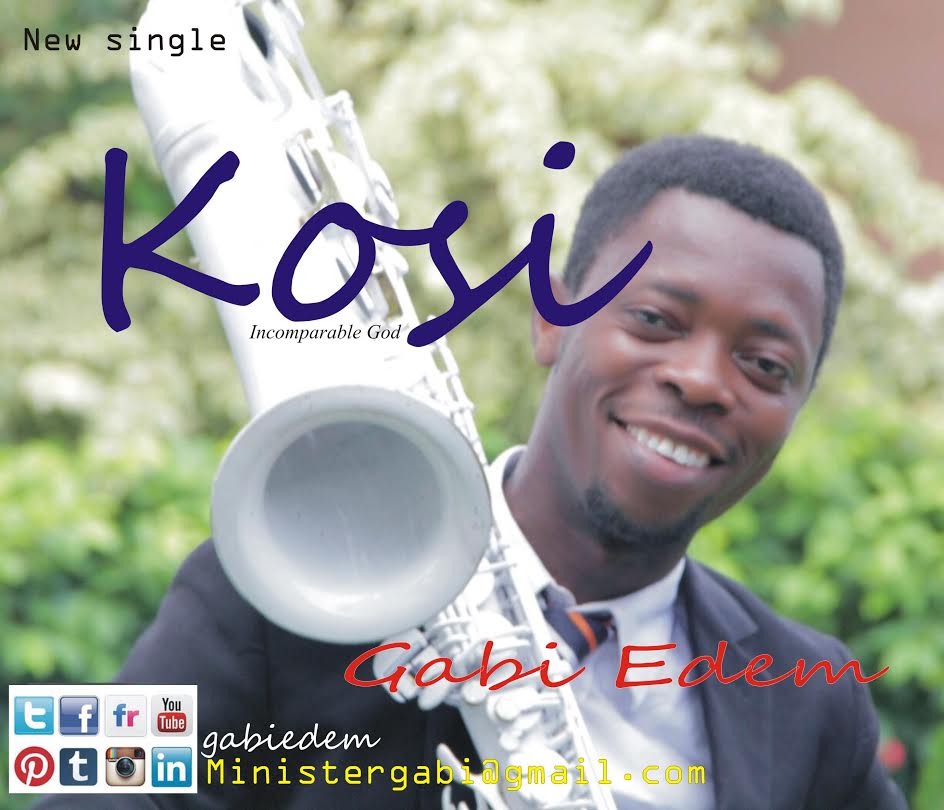 Gabi Edem is a Worshipper and a saxophone player; He was born in Benin City (NIFOR),Edo State, Nigeria. He’s a spirit filled saxophonist and worship leader who’s father is a Pastor at The Apostolic Church Nigeria (LAWNA). He’s from Nsit-Atai Local Govt, Akwa Ibom State, Nigeria. Growing up in a Church where each child was encouraged to play a musical instrument with some basic lessons and determination he was encouraged to join the church choir playing the clef and piano as his first instrument before deciding to make the full transition and concentrate solely on the Saxophone. He’s a writer, vocal artist and a producer.
He has been inspired by somany musician which includes his father who was his first music director at his church while growing up, also inspired by Lagbaja, Nathaniel Bassey, Debbie Ajayi, Mike Aremu, James Okon, Phil Driscole, Kirk Whalum, Kenny K’ore and the Infinity Crew, among others he has worked with. Gabi Edem is currently the leader of the Apostle’s crew and the iWorship team- a gospel and jazz band with contemporary and native fuse. He was also the saxophonist and music director of the Morning Glory, He’s the Saxophonist of The Team ‘Campus Evangelism Outreach- CEO” a non denominational Christian organization with Pastor Chidiebere Nwokeocha- The President. He’s a skillful saxophonist whose playing and lifestyle has drawn the attention of many to his spirit filled iWorship Concert.
His first Album was released in 2012 which he titled Without you and other singles which includes the Prayers Featuring Nathaniel Bassey and You be God Featuring Kenny Kore.
DOWNLOAD
CONNECT
Twitter: @GabiEdem