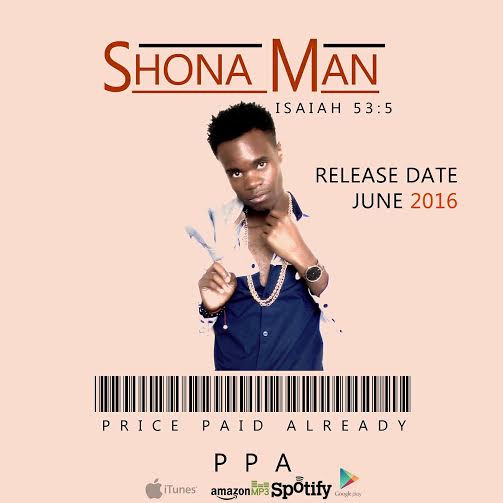 The Zimbabwean born rapper who has recently moved to South Africa in his early years known as Shonaman hails from Gutu, Zimbabwe.
Clearly a talented minster, his first music video was nominated as best music video of the year by LIMHOP awards in 2015, while in secondary school Shona man begin his music career doing cyphers during class breaks with fellow high schoolmates which led to the development of his stage name Shonaman since he was in South Africa and rapping in Shona.
He cites his main influences as the hip-hop artists he spent his high school life listening to such as Eminem, Lil Wayne, Frank Edwards.
He honed his skills as a rapper by getting invitations in different events area his area in Limpopo, claiming his first victory on his very first attempt at I. am women foundation
While at university studying social work in 2014 he did his first mixtape in his first year where he worked with artist such a Jan first , after the mixtape he released a remix after tedashi Dum Dum which was a became a banger performing it in every event he was invited , in that same year he got an opportunity to represent Zimbabwe at University of Pretoria international student day
.
Shonaman began to seriously concentrate his efforts in his music career In 2015 when he planned to release an album but he failed to do it because of pressure from the university but however he continued to work on it with hopes to release it in 2016, Shonaman met the producer Kumbitronix where he began by a doing a hit single with tizzy called my life before my Lord and he did a music video immediately after the release , the music video made it to One Gospel Channel and was latter nominated by Limhop awards as best music video of the year in 2015.in the same year Shonaman had a lot of exposure through performances in many events around Pretoria and Johannesburg as well as in Limpopo province ,he also had a chance to go and preform at university of Pretoria Mr. and Miss Africa by weavers of integrity.
Finally, Shonaman is releasing his first album in 2016 called Price Paid Already which futures Nigeria’s singer Real, Teezy, the whole album is being produced by Zimbabwean Producer Kumbitronixx and Nigeria ‘s Mr. Morff.
DOWNLOAD ‘IN GOD I TRUST’