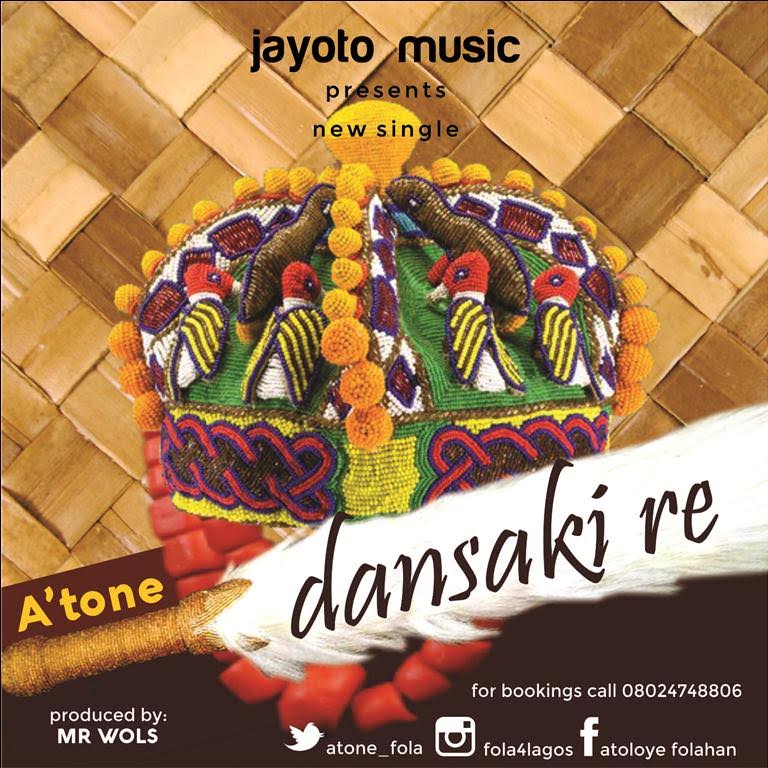 Dynamic Gospel act A’tone has got a huge story to tell and as he preps for the release of his single “Dansaki Re”, he will be telling the story through sound and visuals!
To give some spoilers, the story is about the King, his majesty, wisdom and supremacy. The song “Dansaki Re” is a sincere heart expressing his adoration of a King that loves. You can naturally synonymize kings with authority but A’tone wants to tell the story of the King of kings, who is not only majestic, supreme and full of wisdom, but also loves. Thus, he sings;
“Tell him of His greatness, love and kindness
Tell him how I love to love Him still…”

Atoloye Folahan AKA A’tone is a graduate of Theatre Arts & Music, Lagos State University. He has been in music ministry since 2001 when he dedicated himself wholly to spreading God’s good news through music.He is a multi instrumentalist who has ministered in several events and occasions, blessing God’s people.

The Audio of the song”Dansaki Re” produced by Mr Wols is set to drop on the 3rd of June, meanwhile, have a pictorial idea of the story about to be unveiled.