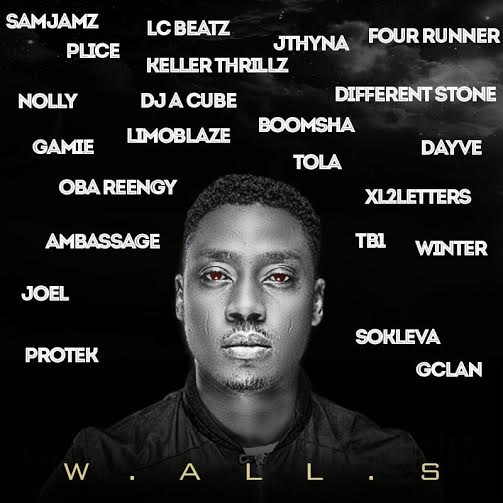 W.ALL.S is not about the rap eloquence, nor the Word dexterity, neither is it about the different tongues nor diverse capacities of these young talented individuals/rappers.

It’s about their realities, their truth, their heart cry & challenges, but most especially it’s about their dedication, determination and togetherness in spirit as One Voice in standing up against, and pulling down, of every Strong-hold or System that tries to magnify its elf above the name of our Lord Jesus Christ.

It has four versions and is released to encourage everyone that one would overcome a thousand, but when two would overcome tens of thousands, no system or challenge can stop you. You would scale those walls in Jesus name.

Provabs as an artist is known as AMI meaning “The Sign” and he is under One Management Company.

As Provabs transforms to AMI in Vision & in Sound, one thing alone matters…his aim is to be The Sign, the light of the world & the salt of the earth until the Kingdom of God is established.