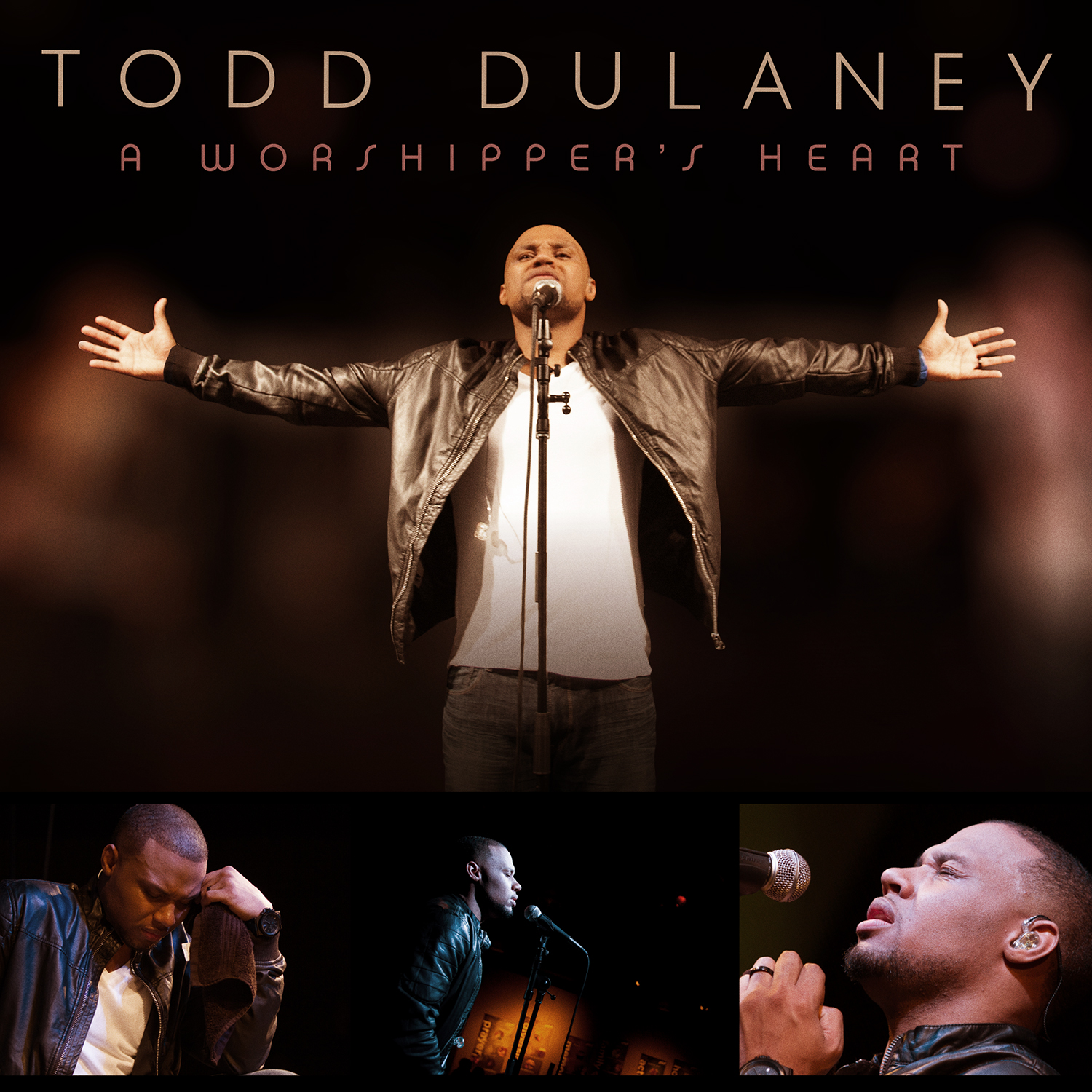 15-Track Album Features Hit Single “The Anthem,” “Victory Belongs To Jesus,” “Higher,” and More..
Acclaimed recording artist, songwriter, producer and worship leader Todd Dulaney has released his highly-anticipated sophomore album A WORSHIPPER’S HEART, available now everywhere.  In addition to the hit single “The Anthem,” which is at #2 on Gospel radio, Dulaney’s new album has already made an immediate impact on multiple charts worldwide, with A WORSHIPPER’S HEART making early hit debuts at #1 on iTunes Christian & Gospel Albums Chart for the U.S., at #2 on iTunes Christian & Gospel Albums Charts for the U.K. and for South Africa, and at #8 on iTunes Inspirational Albums Chart for Canada.
Encompassing fifteen tracks led by the single “The Anthem,” his rendition of the popular Planetshakers song – Dulaney’s first live album delivers a stirring night of bold spiritual inspiration – with his rich vocals and songs such as “Victory Belongs to Jesus,” “Greater,” “Worship You Forever,” and more bringing listeners together in a reviving praise and worship experience.
Recorded live in Naperville, IL, the Chicago-area native continues to travel across the country in support of the new album, including a performance at this year’s upcoming Allstate Gospel Superfest, taking place in Baltimore on May 14th.
Todd Dulaney: A WORSHIPPER’S HEART, is available now in-stores and at the retailers below.
iTunes
https://itunes.apple.com/us/album/a-worshippers-heart/id1082776111?app=itunes
Amazon
http://www.amazon.com/Worshippers-Heart-Todd-Dulaney/dp/B01BFZN0IW/ref=sr_1_2?s=music&ie=UTF8&qid=1455287525&sr=1-2
Google Play
https://play.google.com/store/music/album/Todd_Dulaney_A_Worshipper_s_Heart?id=Bjzkaie7tzdb4fvyctg3plreofe
Spotify
https://play.spotify.com/album/7AM048RcQMeKhZ9iwSNXIS