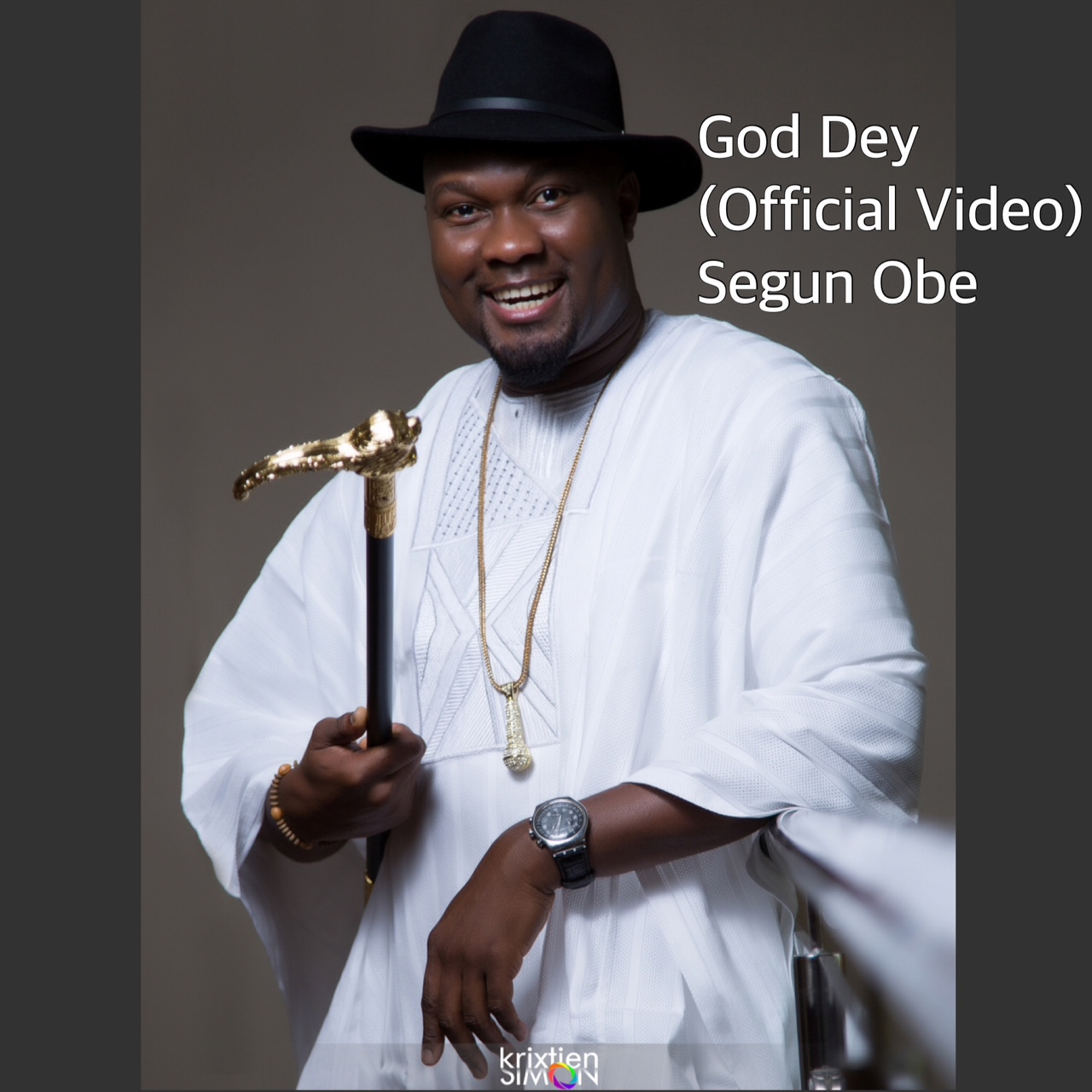 From the stables of S.O Inspired Music comes the official video for the recently released single tagged ‘God Dey‘ by Singer, Song Writer, Vocal Coach and Psalmist, Segun Obe featuring Different Stone. Ekemini Akpan and Ndubuisi Okeafor directed the visuals for Tweaks Media.
Olaitan Dada of Natialo Productions produced the song.
This is the third single off his upcoming album which would be his sixth studio project currently in the works. In 2014, he released“Higher Octave” and then followed that up with the smash hit tune “Aka” last year.
Meanwhile, Segun Obe is currently on tour of the United States. For bookings, email: gospogroove@gmail.com.
Enjoy watching!
DOWNLOAD VIDEO

ABOUT SEGUN OBE
Segun Obe is a celebrated artiste and multiple award winning psalmist. He has ministered in several countries all over the world and shared the stage with notable gospel acts such as Dr. Panam Percy Paul,Lionel Peterson, Donnie McClurkin, Kirk Franklin, Kurt Carr amongst others.
He has worked as voice coach/worship leader with several choirs such as The winners chapel choir in Lagos and lanham (U.S.A), Four Square Gospel Church, House on the Rock’s Chosen Treasure as worship leader for many years, Holy Ghost Christian Centre Choirs both in New Jersey and Lagos churches, Harvesters International Christian Centre’s “Exalted Tribe” and is currently mentoring the Guiding Light Assembly choir.
He has many awards to his credit, some of which include:
* Best male vocalist at the Christian music achieves awards 2006
* “Brand-it Nigeria” gave him an award as one of the 100 outstanding youth leaders in Nigeria
* Best male vocalist at 2011 and 2013 Nigeria gospel music awards
* Kingdom Africa awards 2011 Best male gospel Artiste of the year
* Crystal Awards best male vocalist 2013
Amongst several other awards.
CONNECT WITH SEGUN OBE
Facebook: Segun Obe
Twitter: @SegunObe1
Instagram: @I_Am_Segun_Obe