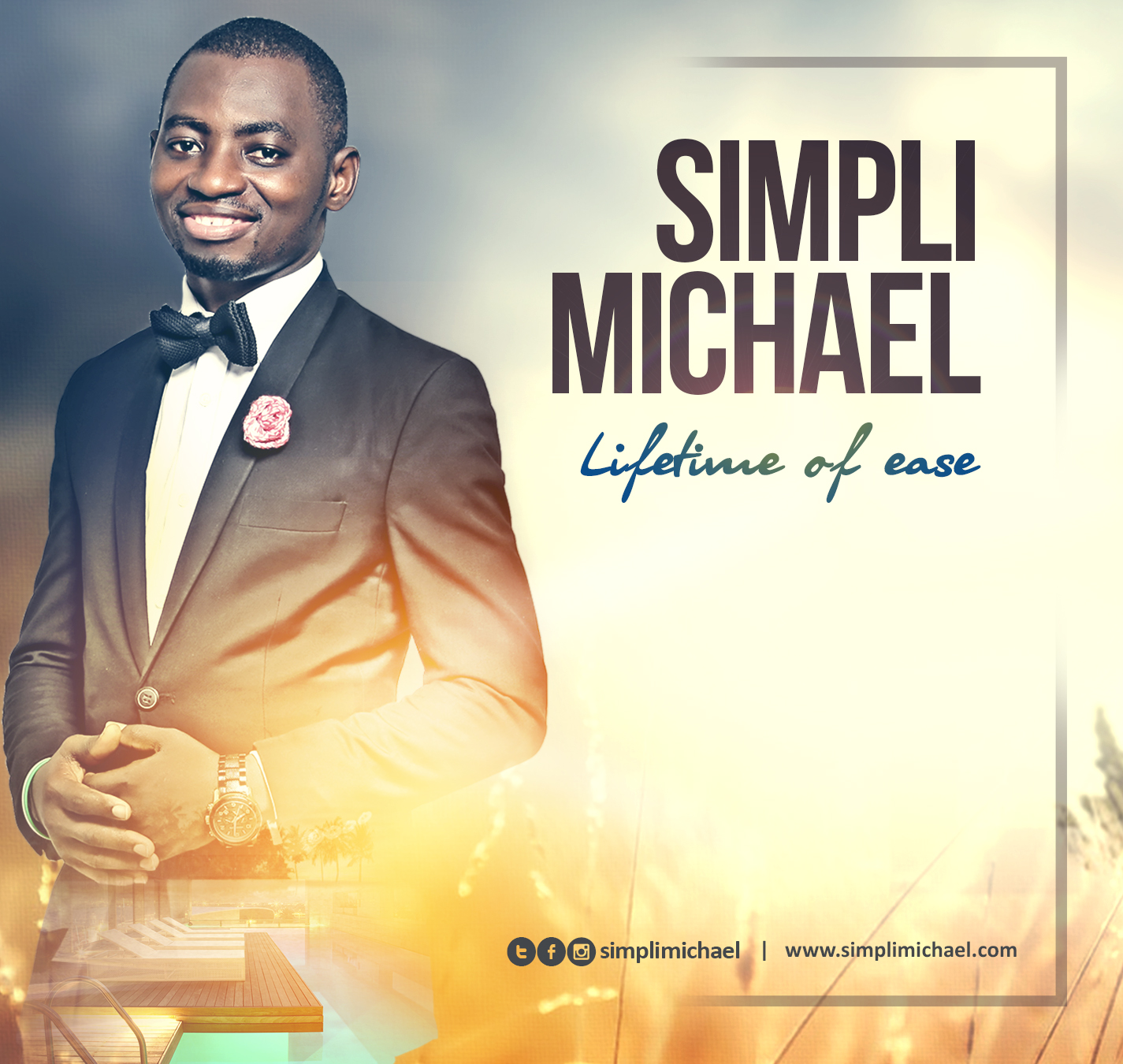 Minstrel, Worship Leader and Recording Artiste, SimpliMichael returns with a powerful song Lifetime of Ease, produced by Ayotunde Onabolu. The song reminds us of what the finished works of Jesus (His death, burial and resurrection) accomplished for us.

In his words: ” The same grace that has brought us salvation from sin has also kept us away from its consequences i.e. lack, sickness, failure etc. Stop stressing out to become all that God wants you to be. Rest and allow his grace to do the job.

Dear family, I present to you the much anticipated song on the grace of God for such a time as this. “Lifetime of Ease. Let this song minister rest to your soul as you activate his grace in all life’s areas.“

Like the dew from the heavens
And rain from the skies
Let your mercy down on me
I surrender my cares
And I cease from the struggles
Your rest and peace I embrace.
I receive all that grace has brought
I believe all Christ’s finished works.
I enter a lifetime of ease
As I trust him to take care of me.

SimpliMichael is a dynamic minstrel of God sent to his world to spread the knowledge of His glory through music. A man filled with passion to see the very change that God has in his heart for this world. Born in Lagos over about three and a half decades ago into a family of 3 boys of which he is the first, Olaogun Michael Ayokunnumi discovered his music gift at a very tender age. Although he started singing at a very tender age and has recorded several songs several years before, he kicked off his career professionally in 2008 with his first single, Owa. The song became an instant rave on radio playlists and that endeared him to both the youths and the younger kids as they couldn’t get off of the captivating rhythm. He later went on to make the video which also set the pace for excellence in the production of gospel videos at the time. The video has since gotten several nominations for awards.
In 2014 he released the single “Gba gbogbo ogo”, a song industry watchers called “A modern gospel tune”.
In 2015, God inspired him to write a song on grace. The song, “lifetime of ease” has blessed him so much that he couldn’t keep such to himself and people from around the world have been testifying on a new wave of God’s grace that they’ve experienced whilst listening to the song.