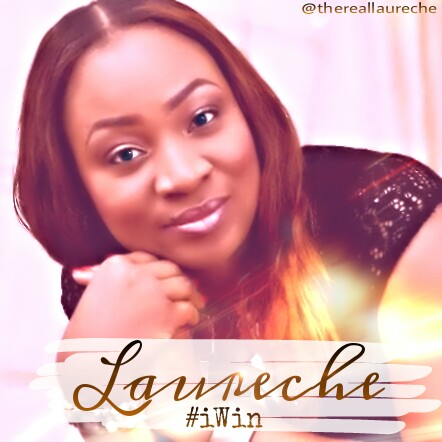 Laureche releases her debut for the year 2016 titled “I Win” ahead of the Miracle Worship Concert coming up on Easter Monday, 28th of March.
The new single “I Win” is an upbeat declaration of who we are in Christ. Laureche said that “the world we live in now just seems to constantly spell gloom and doom so my expectation of this new release is that as many as play it and listen to it, the negative voices all around will be drowned as they join me to make those powerful declarations of who we are in Christ. Darkness cannot comprehend light so also no matter the situation we find ourselves in, we win! A happy danceable song that will just lift the saddest spirit once the beats start.”
Laureche, whose last release was the exceptional video for her song titled “You Reign”, launched her debut album“More than Enough” in 2014. The album has singles such as “You Reign”, “Izurukeme”,  “I Win”, amongst others.  She has sung on different stages with other Gospel artistes such as Sinach, Eben, Buchi, Frank Edwards, Joe Praise, Chris Shalom and Samsong.
Following the release of “I Win” closely is the Miracle Worship Concert coming up on Easter Monday at the Oasis Center, 12A, Psychiatric Road, Port Harcourt by 5pm. You can call 08097100692 and 08185602787 for more details.
Listen & Download
DOWNLOAD
CONNECT
Twitter: @thereallaureche
Instagram: @Laureche
Web: thereallaureche.com