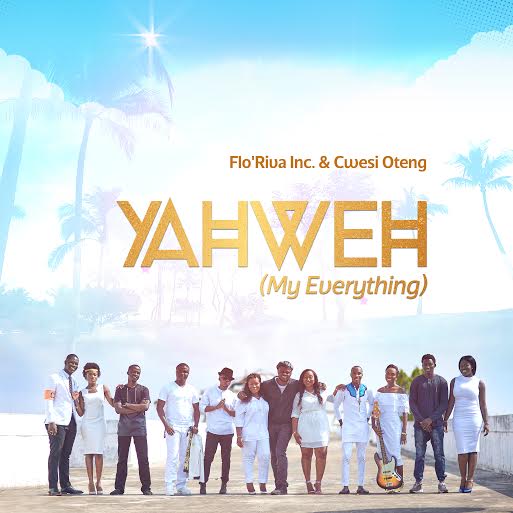 Award-winning contemporary Ghanaian gospel artiste and recent music judge on Vodafone Icons High School Edition, Cwesi Oteng, has directed his music team, Flo’Riva Inc., to its debut as a group.
Flo’Riva Inc., has been Cwesi Oteng’s trusted band (young team of backing vocalists and instrumentalists) for live events and recording of his songs since he began went professional in 2009. The hugely talented Flo’Riva Inc., has seen some changes by way of members over the years but it has always been consistent with its support for Cwesi and in turn kept the group’s vision as a solo act alive.
“Flo’Riva is my music band, team and family. I envisioned years ago they (members) will be amazing as a group when the time is due. I believe they will produce songs that will reach the hearts of men and touch them with the life of God hence their name from scriptures, ‘….he that believes in me, out of his belly shall flow rivers of living waters,” Cwesi revealed.
“Many years have gone into preparing this amazing team of singers and musicians. I am really excited and this is just the beginning of what will be the one of world’s biggest supplier of anointed music,” he added.
Having been under Cwesi Oteng’s wing for a while now, the team is ready to take a bold step into the music industry as a music group. Featuring Cwesi Oteng, the group has released its maiden single, “Yahweh (My Everything)” a few days ago and already there is buzz among music lovers as to the prospect of Flo’Riva Inc., and the unique sound they are bringing onto the music scene.
Flo’Riva Inc.,’s ‘Yahweh (My Everything)’ is warming into churches, gradually gaining airplay and on the way of becoming a big hit. It is by no shear coincidence that one of Africa’s biggest Christian radio stations, Praiseworld Radio, from Nigeria has ‘Yahweh’ as its Song of the Week. The song is available for free download online. You would also love it.
DOWNLOAD
CONNECT
Twitter: @FloRiva_Inc @CwesiOteng @TeamCwesiOteng