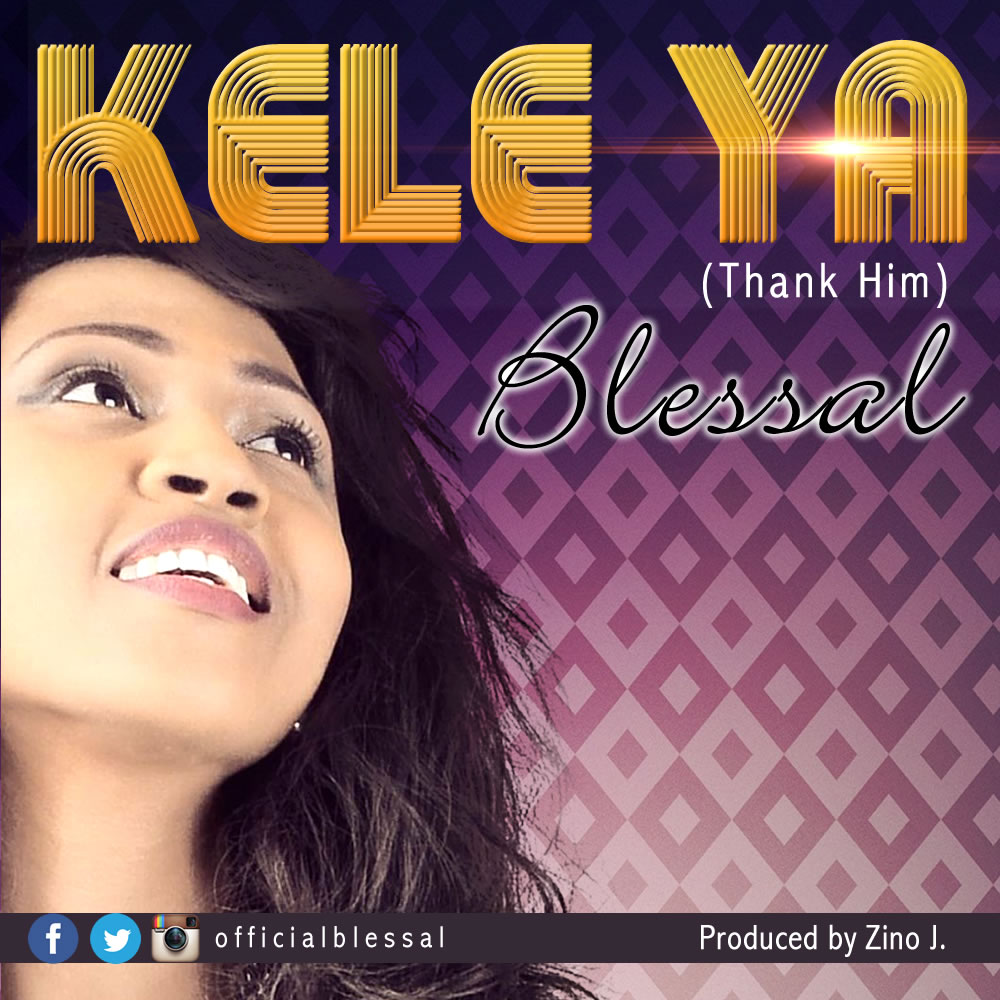 Blessal releases her official debut single ‘Kele Ya‘. She wrote this song as an expression of a heartfelt gratitude and reverence to God. ‘Kele Ya’ is an igbo word meaning ‘Thank Him’. And speaking on the song she said, “My heart is overflowing with worship and thanksgiving and I just want to share this experience with the world.”
The song was produced, mixed/mastered by the prolific Zino J. Acoustic guitar by Nelson Ekperi, Tenor background vocals by Tiena Egbegi and Piano by Truchords (Obzyl James).
Enjoy this beautiful song.
DOWNLOAD
CONNECT
Facebook : Officialblessal
Twitter @Officialblessal
Instagram @Officialblessal
ABOUT BLESSAL
Blessal, whose full name is Blessing Aludo, is a contemporary gospel singer and song writer with a passion to bless lives through her soul-inspiring music.  With a great lyrical style and gentle rich vocals, she stands out in a way that exudes simplicity, originality and grace. She reaches out with the message of God’s love, hope, purpose and worship through wholesome quality music. Her name Blessal is a simple prayer which means ‘Bless All’.
Music has always been an important part of Blessal’s life, as her paternal grandfather was a part-time musician, maternal grandmum, a musician, her mum, a chorister and her father, a music lover who greatly influenced her love for music by exposing her and her siblings to a rich blend of different genres of music while growing up. Her parents discovered her love for music before the age of two and recorded an audio of her singing and speaking rhythmically and passionately in unknown words. At age seven, she joined her first choir, the children’s choir at her home church and led them in various songs.
In 1995, she and her siblings, together formed a music group and were invited to sing in churches and events. Blessal has since then, served in various choirs and music groups till date, including Christian fellowship International (CFI) choir in Uniben (where she served as an Assistant Music Director), House on the Rock, Asaba choir (known as ‘The Masterpiece’ choir), Music Band Community Development Service (MBCDS for the year 2012), Project NuWine Band (for the year 2015) and a host of others.
She has ministered in churches and events across the Nation and has also worked with Music Icons like Muyiwa Olanrewaju, Pita, Fortune Ebel, Eric Arubayi, Eno Michael, Asa, Ayo Vincent, Dare Art Alade, Dannielove, Uche A.Victor and many more.
Her vision is to be a voice of positive global transformational impact and to populate God’s Kingdom.
Blessal currently serves in the Lagos Metropolitan Gospel Choir, House on the Rock, Lagos.

Her official debut single, ‘Kele Ya’ is an expression of heartfelt gratitude and reverence to God. ‘Kele Ya’ is an igbo word meaning ‘Thank Him’. And speaking on the song she said, “My heart is overflowing with worship and thanksgiving and I just want to share this experience with the world.”