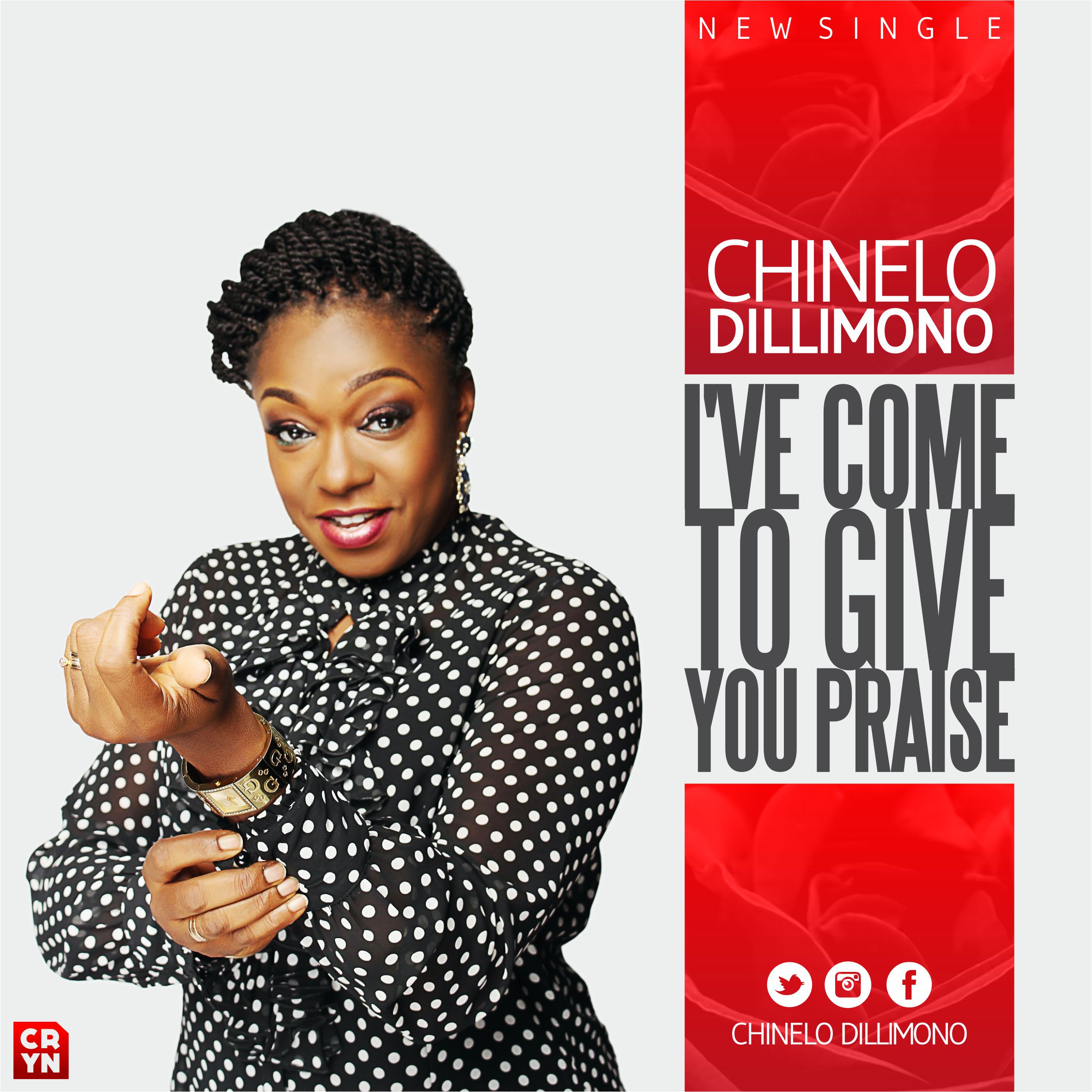 Pastor, Worship Leader, Songwriter, and Award-winning Recording Artiste, Chinelo Dillimono releases another powerful song of laudation and extolment unto God. The song is titled “I’ve Come To Give You Praise” and it’s off her upcoming album NEW DAWN due for release on her birthday, January 28th, 2016.
Music maestro, Wilson Joel produced the song.
Enjoy and get your praise on!
DOWNLOAD

CONNECT WITH CHINELO DILLIMONO
Twitter: @ChineloDilimono
Facebook/Instagram: Chinelo Dillimono
LYRICS
For you are God of gods
There is no other one
You are highly lifted up (2x all)
I’ve come to give you praise LORD
I’ve come to give you praise oh LORD (4x all).
ABOUT  CHINELO DILLIMONO
Rev. Mrs Chinelo Dillimono, is a sold out follower of the LORD Jesus Christ, a Pastor, an award-winning Gospel Recording Artiste, a Radio Host, an Entrepreneur, a Wife and a proud mother of four. She is the Co-pastor of The Place of Grace, Port Harcourt and the convener of a bi-annual worship concert ‘At His Feet with Chinelo’, who has widely travelled around the world ministering in Concerts, Churches, Conferences, Seminars, Conventions, Crusades and Outreaches.
Pst. Chy as she is fondly called is a graduate of Biochemistry and Botany (UNN) and currently a Final Year Student of Law at the National Open University of Nigeria.Her ministry which started in the Coal City of Enugu almost 30 years ago has afforded her the opportunity and honor of ministering alongside some of the best worship leaders nationally and internationally including Kingdom greats like Shirley Caesar, Lionel Petersen, Panam Percy Paul, Donnie McKlurkin, Bobb Fitts among many others.
Ordained in 1994 by the Late Rev Dr. Philip Paul Mokungah, Pst. Chy runs a Worship Ministry, is the Founder of THE HOLIDAY BIBLE SCHOOL and Co-Pastors The Place of Grace, a thriving Church in Port Harcourt NIGERIA, which she Pastors alongside her husband Rev. Frama Dillimono.
She has several albums (INDEBTED TO YOU, KEEPER OF MY HEART, BECAUSE YOU LIVE, and NEW DAWN) which are available on several online stores and is also the author of several books including THE MINSTREL, WORSHIP AT HIS FEET, THE OTHER SIDE OF GOD’S LOVE & WISE REFLECTIONS FOR EVERY WOMAN. She is one woman that loves Jesus profusely and that love shines through as her ultimate goal is to see Christ glorified in all things.